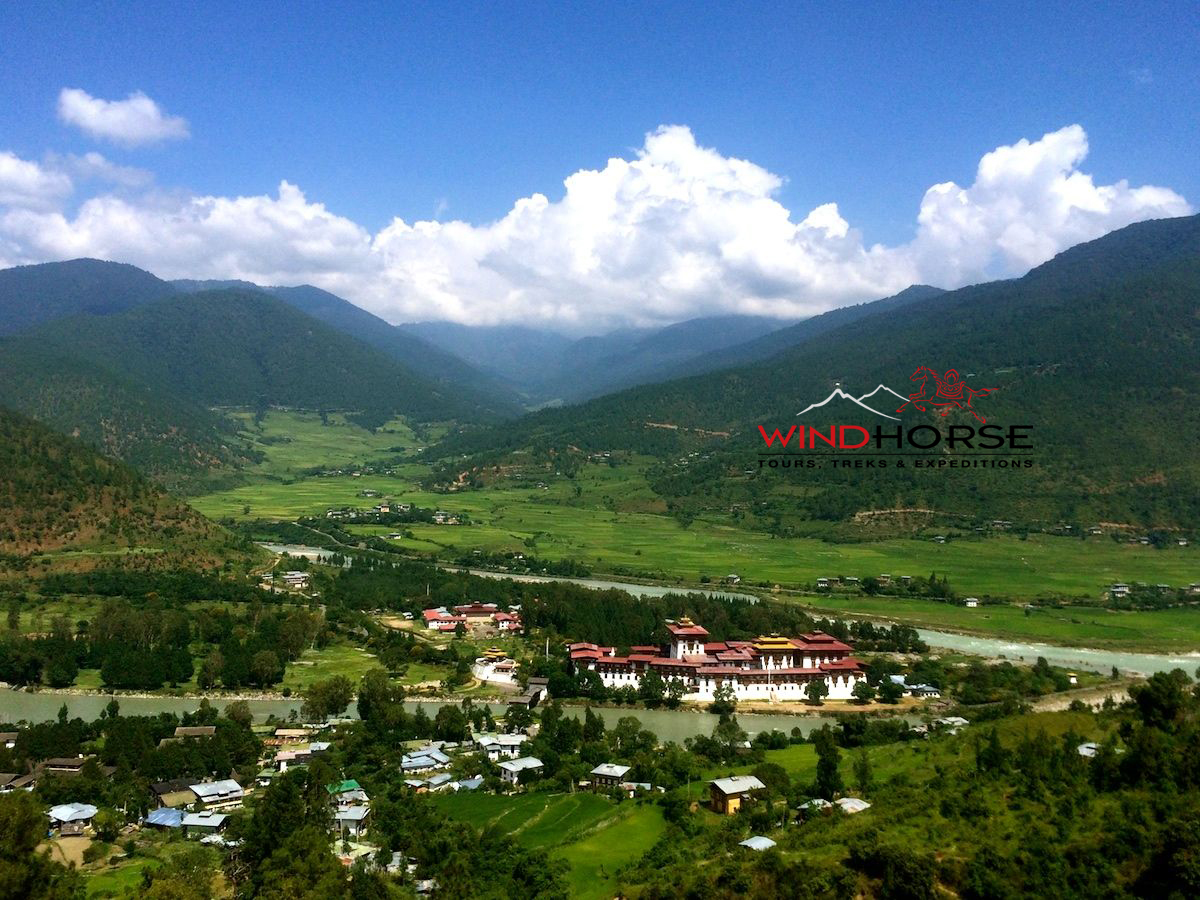 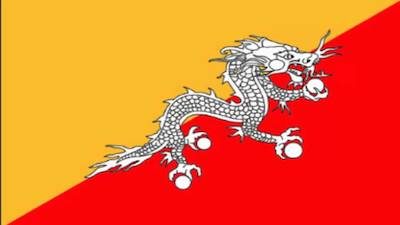 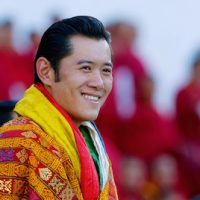 King
The present King-His Majesty  King Jigme Khesar Namgyel Wangchuck,  is fifth in succession. After his father ( His majesty Jigme Singye Wanchuck)  abdicate his throne in his favour, he became king in 9th December, 2008. He is popularly called as (common man’s King) 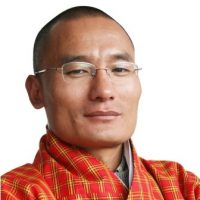 Bhutan time is 6 hours ahead of GMT and there is only one time zone throughout the country.

The national language is Dzongkha. English is widely spoken in major towns and is a medium of instruction in schools. Other widely spoken languages are: Nepali, Bumthap, Sharchop and Hindi. There are hosts of local dialects spoken in small villages within the country. Visit page for more about Languages, to learn some words and short phrases>>

The unit of currency is called Ngultrum (Nu), which is at par with Indian Rupee. The Indian rupee bill of 100 and below are also legal tender. But bills of higher denomination such as 500 and 1000 are restricted due to counterfeit issue. Major convertible currencies and travelers’ checks can be exchanged at banks in all major towns. Certain credit cards (MasterCard, Visa, & American Express) are accepted at some international brand hotels and also by some gift shops. ATM facilities are also available but they are not reliable due to frequent network problem.

Particularly in Thimphu, Paro, Punakha and Bumthang, there are fair bit of restaurant, offering culinary choices. But most guests eat in the hotel they are staying but option are provided to eat outside in local restaurant also.They are clean, hygienic and chef mitigate the typical chilly bhutanese dishes chiefly “Ema Datshi” to fill in the western palate.
It is safer to drink bottled, boiled and filtered water. A reasonable variety of both hard and soft drinks are available in hotels, restaurants and shops in most towns.
Regional Drinks – The most popular local drinks is “Suja” a local tea made with salt/sugar and butter.“Ara” local hard drinks – spirit distilled from rice.” Chang” – a form of  beer, cereal based and generally home brewed.Many Bhutanese enjoy drinking traditional homemade alcoholic brews.
The legal drinking(Alcohol)  age is 18 years.

All towns in western Bhutan have a reliable power supply. Elsewhere, access is less consistent, and electricity is not available in some of outlying areas of the country. The voltage supply is 220/240, the same as India. If you do bring electrical appliances, take along an international converter kit with adapter plugs. The sockets are round and same as in India. some newer hotels are fitted with multi country sockets.

The main health risks are similar to other South Asian countries, namely diarrhoea, respiratory infection or more unusual tropical infection. It is wise to have health insurance and although vaccinations are not mandatory, they are recommended. When trekking, there are also risks associated with altitude sickness and accident. In an event of health problems, there are basic hospital facilities in each district headquarters that provide free medical service.

The current crime rate is extremely low, making Bhutan one of the safest places in the world. It is rare to feel insecure within the country.Generally people are good natured, friendly and helpful.

All major towns have basic communication facilities including post, telephone, fax and telegraph. Television and internet were introduced in 1999, and nowadays, most of the hotels avail internet facilities.Albeit it mayn’t be as fast as you are used to in west.  Cell phones network are widely available and you can easily purchase a local sim card if you bring your device.

The most popular tourist purchases are traditional Bhutanese arts and handicrafts. Produced by skilled artisans, these are generally of a high quality and include: Buddhist paintings, statues, textiles, jewellery, wooden bowls and carvings. Bhutan is not a consumer society and the variety of everyday goods available is not particularly large. Bhutan is also popular for its exquisite postage stamps.

Shops selling these products are endorsed by Custom & Trade of the land and comes within the purview of law. However, carrying ancient artefacts and antiques that hold religious, cultural and historical significance can attract severe penalization.

Archery is the National game – sport of Bhutan and also the favorite pastime. More about Archery >>

One of the ancient names for Bhutan was Menjong ‘the Land of Medicinal Herbs’. The Himalayan Buddhist system of medicine is called So-ba Rig-pa and is practiced in many countries today. Because it was originally developed in ancient Tibet, it is commonly known outside as Tibetan medicine. However great emphasis has made to the development of traditional medicine in Bhutan since it started in 17th century. There is a large research and five -year Doctor training center in Thimphu and every hospital at the district center also has attached traditional doctor. Like other health service in Bhutan, traditional hospital is also free for the public.

Nowhere in the Himalayas is the natural environment more rich and diverse than it is Bhutan. One of Bhutan’s ancient names by the Tibetan neighbors was Menjong Yul, meaning ‘the land of Medicinal Herbs’ and so rightfully. Even today, natural environment is mostly in undisturbed and pristine form. The ecosystem in Bhutan is diverse because of its location, great geographical and climatic variations. Bhutan’s high, rugged mountains and deep valleys are rich with spectacular biodiversity, making one of the world’s ten most important biodiversity ‘hotspots’. Read more about Bhutan’s Environment,  National Parks, Flora & Fauna >>