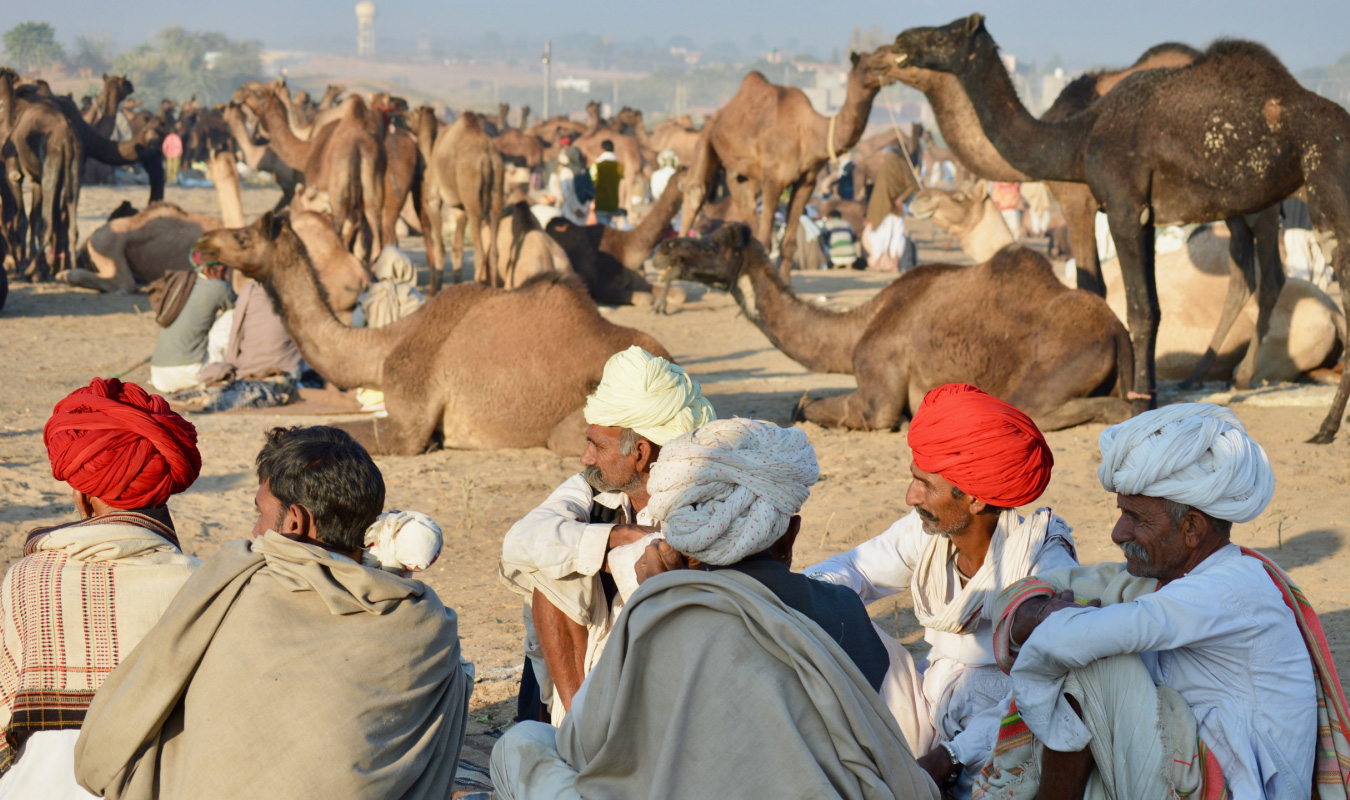 A Journey focused on History, Culture and Pushkar Camel Fair

Pushkar Camel Fair is one of India’s most highly-rated travel experiences. An epic carnival visited by over 400,000 people from all over the world, it attracts more than 10,000 camels, horses and cattle for trading, races and various spectacle competitions. It brings rural traders and villagers from different parts of Rajasthan. Pushkar is a ‘Hindu city’ which is famous for having the only ‘Brahma Temple’ in the world.

This tour largely focuses on history and culture of India with a life-time experience of witnessing Pushkar Camel Festival. Get amazed by competitions organized in the festival like Longest Moustache competition, Cricket match and a 'Camel Beauty Pageant'.

Along with this unique experience, undertake the famous Golden Triangle journey through Agra, Jaipur and Delhi, thus giving you an unforgettable introduction of these classical and incredible cities that define the culture and heritage of Northern India. We will take you through the 'hustle n bustle' of Old Delhi with enthralling Rickshaw Ride and Lutyen's Delhi, showcasing Qutab Minar, Humanyun's Tomb, India Gate with panoramic tour of city. Delhi – the ‘Capital City of India’ boasts important historic monuments and modern day architecture with pride.

Then come on a date with Epitome of Love - 'Taj Mahal' at sunset that would leave you captivated with its glory with its colours and the majestic piece of art influencing not only the whole place, but your mind and heart. Visit the Ghost Town - 'Fatehpur Sikri', the first planned city of Mughals in India. It was deserted due to water scarcity in the region. Then enter the desert state of India: Rajasthan which bears incredible culture, heritage and traditions. Enchanting grandeur of Amber Fort, Jal Mahal and Hawa Mahal in Jaipur, also known as 'Pink City', are prominent sights of this Capital City of Rajasthan. Jaipur is a heritage city dating back to 18th century and a modern metropolis.

Follow our Pushkar Camel Fair with Golden Triangle Tour for an astonishing and stupefying familiarization to India not as tourist but a traveler with travel companion.

Day 1:  Arrive in India (Nov 12, 2018)
Highlights: Humanyun’s Tomb, Qutab Minar, India Gate, Parliament House, Jantar Mantar
Arrive in Delhi. You’ll be met at the airport and transferred to your hotel to relax.
Begin your half-day New Delhi sightseeing in the afternoon. Visit to 16th Century Humanyun’s Tomb, Qutab Minar Tower, India Gate, drive past majestic Parliament Houses and Jantar Mantar Observatory. Evening is free to explore nearby areas. Overnight in Delhi.
Note: If your flight arrives late in the evening on Day 1, local sightseeing scheduled for New Delhi will be covered next day in full day sightseeing on Day 02.

Day 3: A Date with Taj Mahal
Highlights: Agra Fort and ‘Taj Mahal’
Post breakfast, drive to Agra along Yamuna Expressway. Upon arrival, visit the historic AGRA FORT which looks like the Red Fort in Delhi, but much larger. Later  in the evening, visit the famous Taj Mahal,  one of the seven wonders of the world, as the sun sets in backdrop providing interesting hues. Overnight in Agra. (Distance about 210km/4-5hrs drive)

Day 5: The ‘Pink City’ of Jaipur
Highlights: Amber Fort, City Palace Museum, Hawa Mahal, Jantar Mantar
Visit the iconic places of Jaipur, the capital city of Rajasthan state. Vist Amber Fort located on the hilltop. Later visit Hawa Mahal, Jantar Mantar Observatory, the City Palace with its museums and art galleries. Evening is free time to explore the city own your own.  Overnight at Jaipur.
Note: Option is available for those who wish to ride the Elephant when climbing upto Amber Fort.  Also in the evening, you can watch a Bollywood movie in famous traditional Raj Mandir Theatre.

Day 6:  PUSHKAR CAMEL FAIR
Highlights: Camel, Horses and Livestock Trading Market, CAMEL CART RIDE
After breakfast, leave Jaipur and proceed to Pushkar. Once a year, Pushkar holds the world-famous Camel Fair where thousands of traders, villagers, breeders, farmers descend from various parts of Rajasthan.  You have a whole afternoon to watch fair, where you can see trading of livestock, camel races and other  events such as Cricket, Tug-of-war, Camel beauty pageants and other contests such as the long moustache among the men. You may also wish to try a camel ride and enjoy the celebration come to recess as the sun-set views over the surrounding hills. Overnight stay in Tent Hotel - en-suite bath. Distance approx 150km/3hrs.

Day 7: SACRED PUSHKAR SIGHTS
Highlights: Pushkar Lake, Sacred Ceremony, Brahma Temple, Savitri Temple
Pushkar is a spiritually significant place for Hindus being the site of only temple of Brahma (the lord creator of universe), located along a lake, which makes it one of the most sought for Hindu places in the country.  First hike up to Savitri Temple located at the top of a Ratnagiri hill. Then later visit Lord Brahma's temple, Pushkar Lake and also see the sacred Hindu ceremony performed by the local priests. Thereafter, explore the Pushkar Fair. Overnight in Tent hotel.

Day 8:  Train Journey to Delhi via AJMER
Highlights: Muslim Mausoleum, Jain Temple and Indian Rail Journey
After breakfast, drive short distance (15km) to Ajmer, where we visit a Sufi shrine of  early 13 century Sufi saint Moinuddin Chishti, a pilgrimage destination. Driving past, we also see Ana Sagar Lake and Nasiyan Jain Temple from outside.  At 3:45pm, board the Ajmer Shatabadi Express train which travels via Jaipur to Delhi, arriving late in the evening (10:40PM). Transfer to the hotel in Delhi.  Note:You will be served light snacks, tea-coffee and dinner during the train journey by Indian Railways which is part of the train ticket price.

Day 9: Departure (Nov 20, 2018)
Transfer to International airport in time for your flight

Combination of Heritage and modern hotels.

Tour will be accompanied by our experienced tour guide having indepth knowledge of Indian Culture, History and life of local inhabitants. 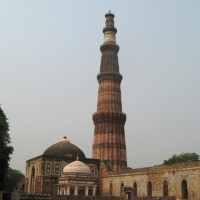 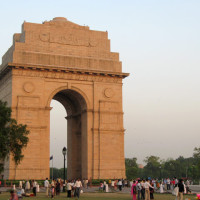 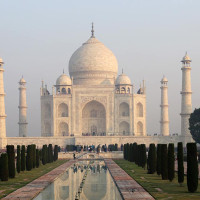 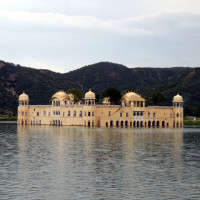 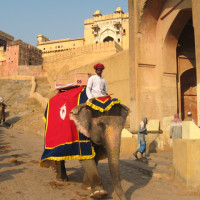 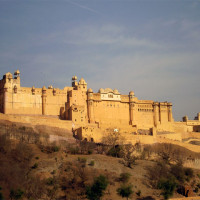 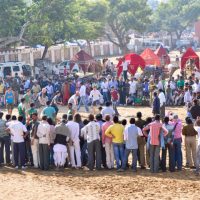 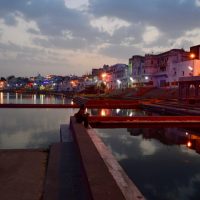 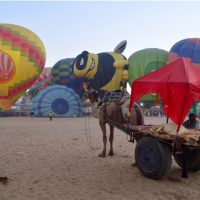