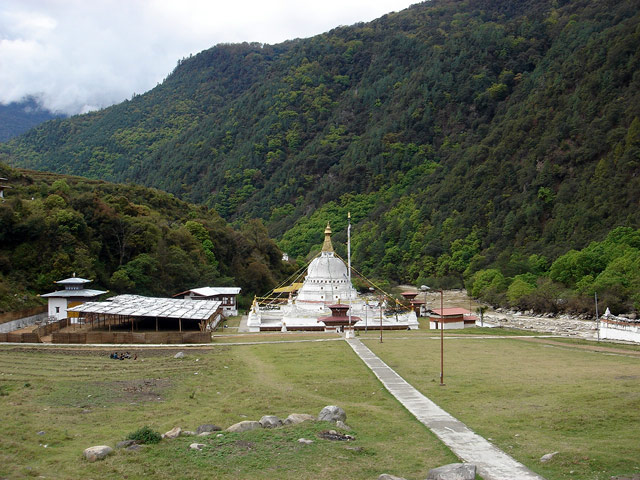 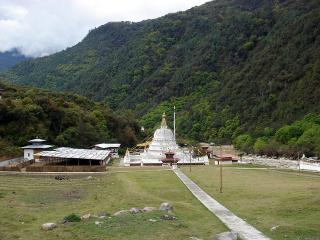 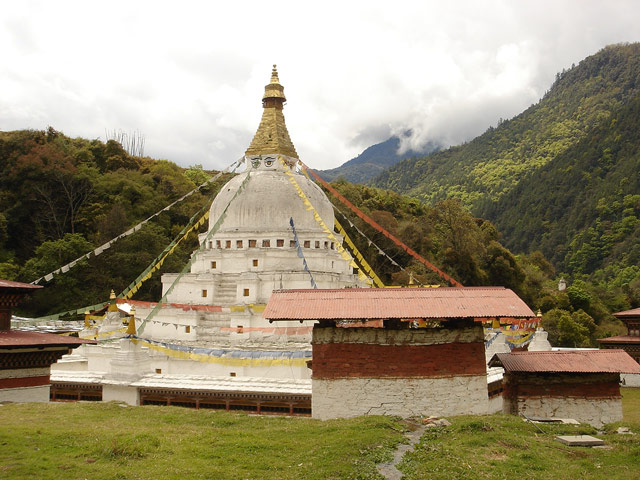 Chorten Kora is a large stupa patterned after the famous one of Boudha in Nepal. It was constructed in 1740 by Lama Ngawang Loday. He visited Nepal and brought back a model of Bodhnath carved in a radish. He had three things in mind when building it; a) in the memory of late uncle, b) to subdue the evil spirits and c)people could make visit to this place instead of making long trip to Nepal.A popular belief is that when the stupa was constructed, an 8 year Dakini princess from neighboring Arunachal Pradesh in India was sealed alive to appease a demon of her own willingness. Two kora "Dakpa" and "Drukpa" takes place at this place during the first month of lunar calendar. Dakpa Kora festival is held on the 15th of the first lunar month, where hundreds of people from Arunachal Pradesh known as the Dakpas make it to Chorten Kora tob pay their respect to the late princess. Second Kora (Drukpa kora) which is held on 30th day is for the people who comes from all over eastern Bhutan to witness throngdrel.