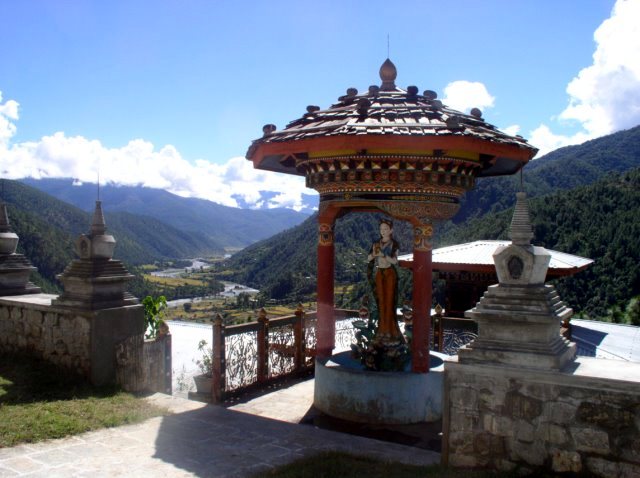 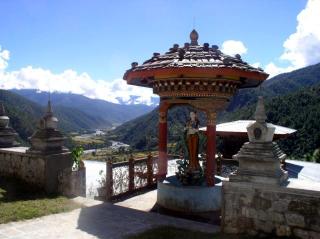 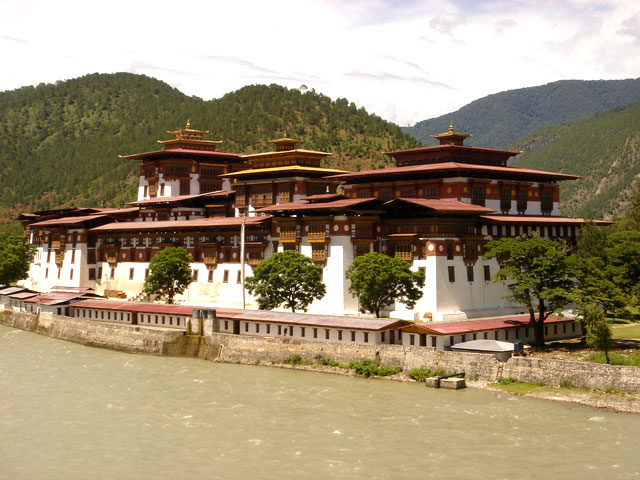 Punakha is a town in the Himalayas of Bhutan. It's known for the Punakha Dzong, a 17th-century fortress at the juncture of the Pho and Mo Chhu rivers. The fortress hosts the Punakha Tshechu, a religious festival featuring masked dances and music. In the surrounding Punakha Valley, temples include the fertility-focused Chimi Lhakhang and the hilltop Khamsum Yulley Namgyal Chorten, which has river and mountain views.Punakha and Wangdue Phodrang are the administrative centers of their respective Dzongkhangs. As they are located close to each other in the same valley, they are often referred as one. It takes around 3hours drive from Thimphu to reach either of these towns. The valley boasts of at least two crops a year and subtropical plants like Cactuses, Mandarin, and Bananas grow here. The town of Punakha was relocated recently to Khuruthang from its location near Punakha Dzong. Punakha was the former winter capital of Bhutan, the tradition that is still kept by the monastic body, who moves their capital to Thimphu in the summer and return to Punakha Dzong in the winter. It is around half hour drive between Punakha and Wangdue Phodrang. The small township of Wangdue with clusters of small shops tightly packed together, surrounding a truck stop is quite interesting to visit. Across the river, on the opposite ridge is the village of Richengang, known for cluster of houses connected to each other.