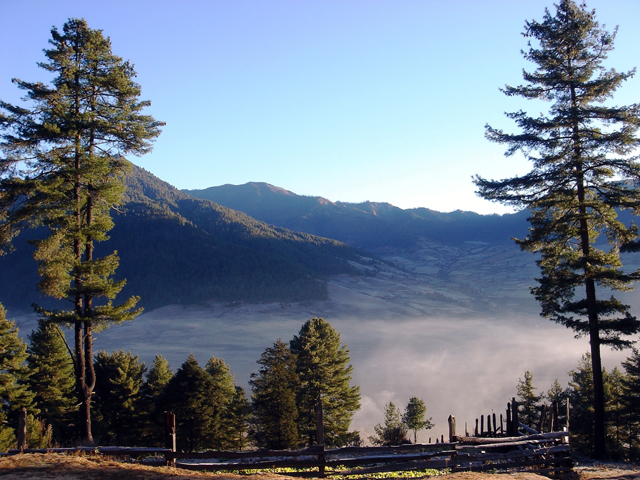 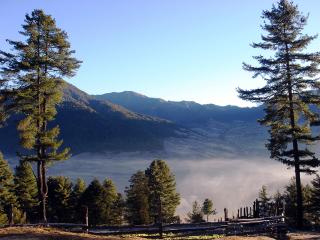 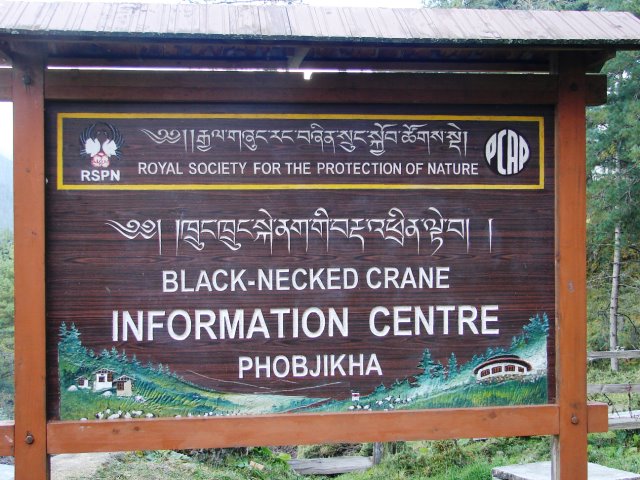 Gangtey or Phobjikha at an average altitude of 3,000m is a wide and beautiful valley, designated as conservation zone within the Jigme Singye Wangchuk National Park (formerly Black Mountains National Park) is a natural habitat for wildlife, including the nesting grounds for the endangered black-necked cranes(Grus nigricollis)that migrate from Central Asia in the winter (late October - March). Gangtey is the name for a hilltop village and its monastery and the valley is known as Phobjikha and falls under Wangdue Dzongkhag.

Phobjikha is a wide glacial valley with a central stream meandering through the open grassland and thickets of dwarf bamboo. Farmlands occupy the peripheral slopes where potatoes and turnips are grown. The forests beyond the farms are mostly coniferous. The general vegetation is composed of mainly blue pine, birch, maple and several species of rhododendrons. The Central Valley inhabited by the cranes in winter has mostly dwarf bamboo. The repeated grazing of the bamboos by the local cattle and horses in summer prepares the ground for the wintering cranes. The magnificent Black-necked Cranes heighten the breathtaking scenery of Phobjikha in winter.