Bhutan Airlines spread its wing to Kathmandu. The inaugural flight to Kathmandu is schedule on 7th June, 2014. It adds a new chapter in Bhutan Airlines history. Since its inception in 10th October, 2013, the route to Kathmandu has been on top of priority after Bangkok route. It came as big news to all, be it the Bhutanese citizens or foreign guests alike. It throws open door of choices with foray on this route by Bhutan Airlines.

For every traveler, given a choice, they prefer to have problem of plenty than otherwise in any way. And it could not have come at better time than the fall season looking right ahead. With Druk Air solely plying this route with limited seats and 3 times in a week before, this route of Kathmandu has been Achilles heels for the travel agents as well as for the local travelers for long time. As to a larger extent guests prefer to connect their trip with Nepal Tour also. This news comes as a music to ears.

With the expansion of routes by Bhutan Airlines, it has lived up to its words and proposition.Being a GSA for Wind Horse Holidays, USA, it can’t get any better than this.

Airbus A319 will operate as follows:

3 flights a week (Monday, Thursday and Saturday) from 1st of December,2014. 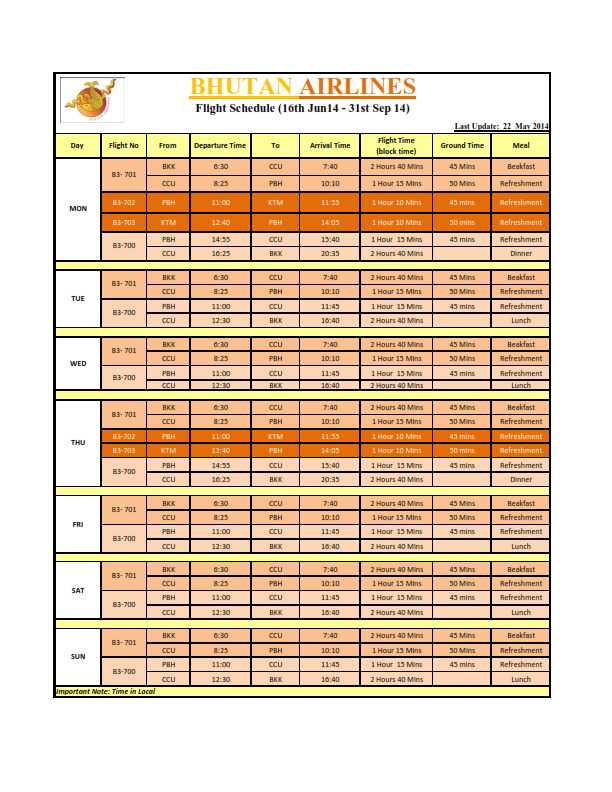 Another feather in the cap for Bhutan Airlines