Finally the curtain fell down on the much anticipated and talked about our maiden Merak and Sakten Trek on October 25, 2013.What made it possible and largely successful were three guests and the temptation of an exotic community and the wilderness of far-eastern Bhutan of Merak and Sakten that beckons alluringly got better of our CEO, Ugen Tshering.
Recently the opening of Eastern Bhutan as a tourism hot spot has created quite a buzz in tourism arena, these region are least explored, and has flavour of real rural experience, And particularly Merak & Sakten Trek, as it is one of the few trek with the community development based sustainable tourism which serves, seek and strive to incorporate social and environmental criteria while contributing, in particular, to local and regional sustainable development.

The history of these nomadic enclaves of Merak and Sakten speak volume for itself as it survived unchanged to this day and form rich part of Bhutan cultural and ethnic diversity. This region has practically remained isolated from civilisation for more than 35 years. Until now only a handful of researchers and tourists have been granted permission to enter this area. Merak and Sakten has been closed to protect the unique cultural heritage of the Brokpa people and in part to give the mythical Yeti some peace, whose tales of wandering in the valley is very popular among the locals.
Just opened to tourism, these two valleys offer several opportunities to discover the captivating rites, rituals and customs of semi nomadic inhabitant known as “Brokpa”. During autumn, every year they perform rites and ritual to honour mountain goddess Jomo Remati by observing sacred 2 days festival at Jomo Kungkhar.And during festival once in a three year they perform “Naked Dance” or Tercham, unique in all Bhutan, commemorating the poignant story of their diaspora, the naked dancer of Sakten today perform the Tercham once every three years on the 15th and 16th days of the 5th month of the Bhutanese calendar. 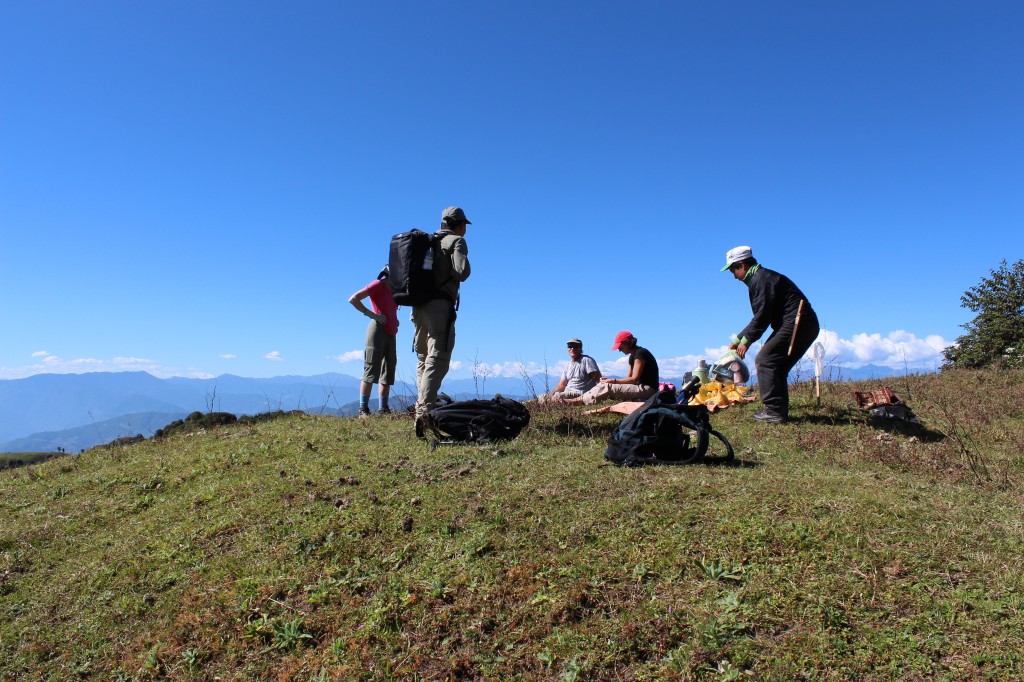 Lying at the altitude of around 3000 meters (9,800 feet), these twin valleys have been home to the Brokpa since they migrated from Tsona in southern Tibet. They are nomadic in nature as they move with their herd of livestock from lower valley in winter to the higher pastures in summer.
Both men and women wear traditional outfit made out of yak hair. Men also wear a black cap made of densely spun yak hair with five long fringes hanging from the sides to drain moisture and rainwater away from face and body. On the upper part of the body, Brokpas wear a thick jacket with a vest made of animal hide tied to waist by a long belt known as Kera. For lower part of the body, traditional fashion dictates a knee-length pair of short called a â€œKongoâ€. Women usually wear their long hair tied up in plaits with colorful ribbons. An apron reaching to their knees is tied at the waist. Woven out of raw silk, the apron is decorated with colorful motifs of animals and flowers.
There are several interesting temple and monasteries in the area: Borangtse Lhakang, Guru Goemba, and Labrang Lhakhang. At Gengo Tashlicholing, the visitor can catch a glimpse of the miraculously preserved remains of the original founder. At Samtencholing temple, the visitor is shown what is believed to be the sacred saddle and phallus of the goddess Jomo Remati’s horse.

The Sakten wildlife Sanctuary spread over 650 square kilometer falls within Brokpa territory. The sanctuary is mountainous and rugged with wide variety of flora and fauna including snow leopard, red panda, Himalayan black bear, barking deer and Himalayan red fox. The sanctuary also has the rare blue poppy, Bhutan’s national flower. The local bird population includes blood pheasant, grey-backed shrike, grey headed woodpecker, the common hoopoe, rufous-vented tit and dark breasted rose finch.
The Sanctuary is believed to be the only reserve in the world dedicated to protecting the habitat of the mystical Yeti. , Every child grew up hearing the stories of Yeti, wandering around in the forest and till this day these stories are as popular as when their grandparents heard for the first time. Every other story relates to the moments and cycle of their life where each day is the celebration, joy, a festival and New Year regardless of grandeur or grimness.