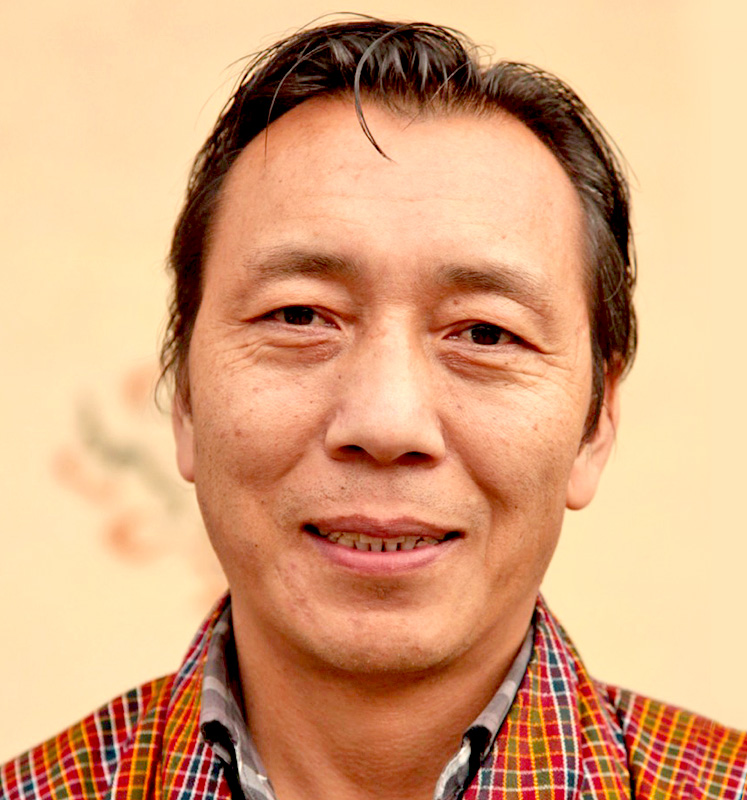 Rinzin Jamtsho is among the fortunate few who have seen tourism in Bhutan growing in stature from close quarter in term of tourism infra structures, growth in tourists etc. To a fair degree he has been part of the process of the slow and cautious opening of tourism in Bhutan to the outside world.

After finishing his bachelor degree from Bhutan, he joined Bhutan Tourism Board, as a man behind the formulation and  application of Bhutan Tourism policies. Sitting behind the desk was hardly the way he perceived his career to roll out, With passage of time,  his innate sense of adventure was asking more questions than he could find  answers to.

Finally, after serving for 13 years as government officer in Tourism Board in a elite capacity, his intrinsic sense of adventure got better of him. He quit and subsequently met Ugen, whose proposals was congenial to the kind of  work he envisioned. He joined Wind Horse Tours in 2008 as a managing partner. He hold the mantle of Promotion & Marketing of Wind Horse office, Thimphu. This jobs takes him far and wides places, sometime as far as London, Berlin, Moscow to attend trade fairs.

In his career spanning under two decades, it took him to Austria, Singapore for studies and training to polish his deep rooted love for adventures and it cultivated  a fresh perspective for Tourism in Bhutan.

He is instrumental  in materialising the long standing collective vision  of Wind Horse Ranch and Riding club, a low carbon footprint products. He is at helm of affairs and being a good horse rider himself, he is at ease at horse ranch, when he is free.