Calm in Thailand despite the imposition of Martial Law May 21, 2014 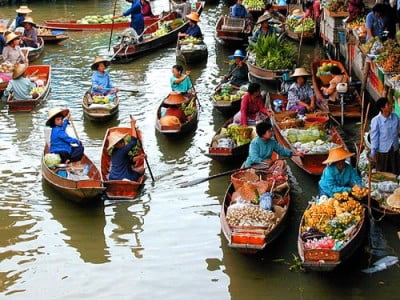 As soldiers took up positions around the capital, people headed to work as usual. Some expressed relief at the military intervention.“If you are asking for my real feelings, I’d say I am happy that someone has offered a helping hand so that peace can be restored,” said commuter Pranee Sawaspakdee. “I thought the army should have come out earlier,” said office worker Thanakit Sriprom. “I want the army to take control of the protests.”
Thailand has been in political limbo since the removal earlier this month of Prime Minister Yingluck Shinawatra, accused by the opposition of being a puppet of her self-exiled brother Thaksin.
To prevent clashes, the army has ordered rival sets of demonstrators, camped out in different parts of the capital, to remain where they are and not to march anywhere.
The leader of Thaksin’s pro-government ‘red shirt’ loyalists, who are rallying in Bangkok’s western outskirts and who have warned of violence if the government was ousted, appealed for calm.
“Our stance is the same. (We) will not accept a neutral prime minister. If soldiers appoint a prime minister then we will escalate our rally,” Jatuporn Prompan told a news conference.
“Stay calm; there has been no coup yet.”