Bhutan Map page is a collection of Bhutan maps including trekking map of Bhutan and Bhutan road map. Other Bhutan maps on this page include: trail map, physical map, political map, population map, satellite map and a tourist map.

Bhutan is located in the eastern Himalayas bordered by Tibet (China) to the north, and by Indian states of Sikkim to the west, Arunachal to the east, Assam and West Bengal to the south. Bhutan is a landlocked country with India bordering 605km and borders with Tibet is 470km long. It is around 46,000Sq. Km, which is about one-half the size of state of Indiana. Geographic coordinates: 27 30 N, 90 30 E. The elevation range from 97m above the sea level in Drangme Chu to high Himalayan peaks over 7000 meters.

Click on a thumbnail to view a larger maps of Bhutan. 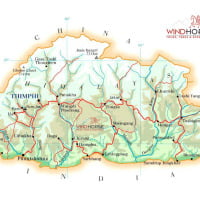 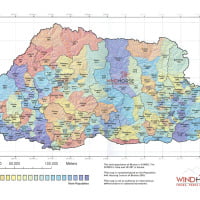 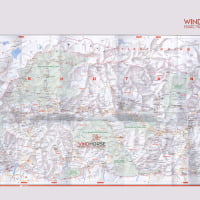 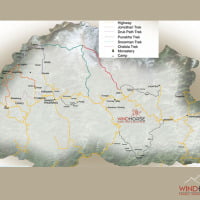 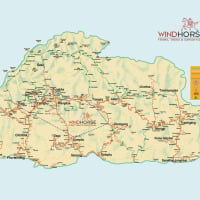 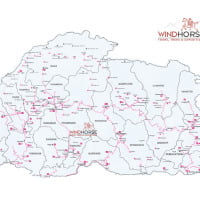 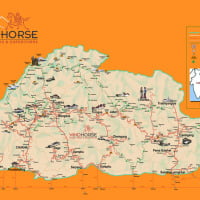 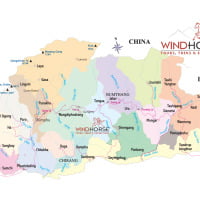 Bhutan can be divided into three main geographical areas. The lowlands front it’s southern border with India; the lesser (or lower) Himalayas cover the central areas, and its northern border with Tibet, China is dominated by the massive peaks of the Himalayas. The climate varies from tropical in southern plains, cool winters and hot summers in central valleys; severe winters and cool summers in Himalayas.