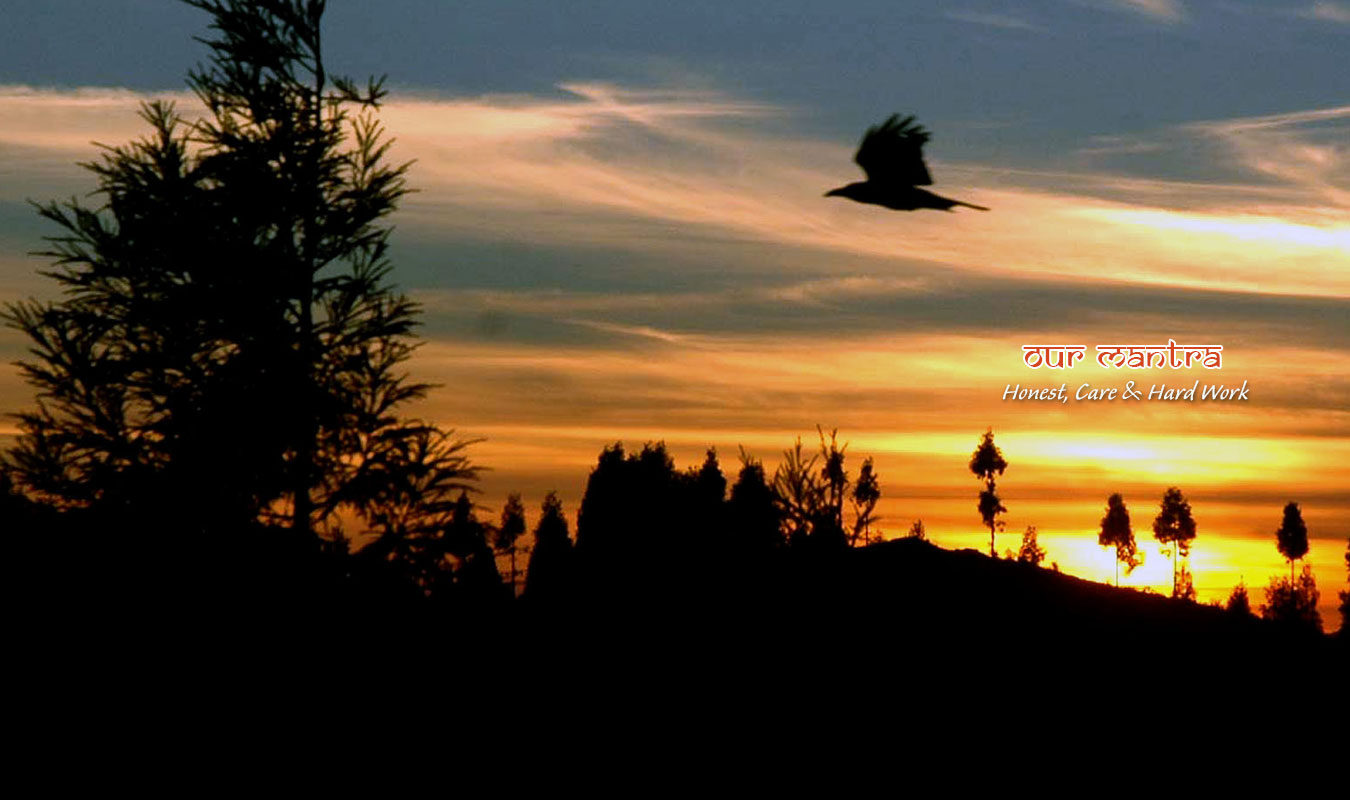 Wonderful opportunity to see India’s wildlife,Cities combining with any of our group Journey to Himalayas.

Travel India with us! India can be aptly define as land of diversities and contradictions. Rather a sustaining paradox! Yet lies functioning unity in every element of its diversities. Within a few kilometer of driving distance, you may come across varying degree of diversity from the last one you saw a few kilometer back. It will never cease to amaze you.

People travel with their own set of likings, interests and proclivities and with this extension trip, an attempt is made to add  diversity like India itself and vindicate  your trip as a whole. Be it warm, sunny, vibrant beach of Goa and its quaint colonial churches,renowned flea markets. Or  be it your business prospects, crowd and cosmopolitan face - beneath its veneer sophistication lies its rich traditional values of Indian biggest Metropolis - Mumbai. Or land of Rajas - Rajasthan, with its rich cultural and traditional heritage as old as time itself. Or Delhi the capital of India, which has history engraved in every stones and corners. And most of its historical monuments  beckon you alluringly. Or perhaps your interest lies in nature and wildlife, and Corbett National Park and Rathambore Tiger Sanctuary fit your bills perfectly with wide array of Flora and Fauna on offering.

If you are taking one of our tours in Bhutan and Nepal, this short sojourn serves greatly as an extensions tour, before or after the main trip. Moreover, with the introduction of Visa on Arrival by Indian Government, this extension tour has gathered massive momentum.

Ranthambore Tiger Sanctuary - 3 Days (Tiger Safari)
Ranthambore is situated in the State of Rajasthan and is surrounded by hill ranges and very near to the outer fringes of the Thar Desert. Originally a hunting ground of the Maharaja of Jaipur, Ranthambore was declared a game sanctuary in 1955. In 1980, it became a national park and listed among the reserves protected under Project Tiger (1973). It sprawls over an estimated area of 400 square kms. Steep crags embrace a network of lakes and rivers, and on top of one of these hills is the impressive Ranthambore Fort built in the 10th century. The terrain fluctuates between impregnable forests and open bush land. As a result of stringent efforts in conservation, tigers, the prime assets of the Park, have become more and more active during the day. More than in any other park or sanctuary in India, tigers can be spotted here in daylight.

Day 1: Jaipur – Ranthambore (L/D)
Pick-up from Jaipur airport or hotel and transfer by road to the Ranthambore Tiger Sanctuary. Arrive around noon at wildlife resort and check in. In the afternoon, a wildlife animal safari to the jungle in an open jeep. Overnight at the lodge.

Day 3: Ranthambore to Jaipur (B)
In the morning visit to the 1,000-year old Ranthambore Fort. Depart for return journey to Jaipur and drop off at hotel or airport in Jaipur

Day 1: Arrive Delhi
On arrival in the capital of India you are met by Wind Horse representative and transferred to your hotel by private a/c car. Free stay at leisure. Overnight hotel.

Day 2: Delhi Tour (B)
A full day tour of the capital. First visit the ancient capital, with its pageant of Indian history, from its origins around 1200 BC, through the periods under the Sultans in the 10th century, (seen in the Qutab complex), and the Moghuls from the 14th century, with the Humayun’s tomb and magnificent Red Fort. Stroll through Chandni Chowk market and visit Jama Masjid. Also stop at the Raj Ghat Park. Finally drive through the New Delhi of the British Raj, majestically laid out next to the old city with its broad tree-lined avenues and imposing public buildings, where we see India Gate, Parliament houses and President House. Overnight in hotel.

Day 3: Delhi – Departure (B)
Free at leisure or pursue your own interests until departure transfer to the airport, railway station etc in Delhi for your onward flight. Check-out time is noon.

Extend your trip with a relaxing stay in tropical Goa on India's west coast. Indulge yourself. Retreat to the routine of lazy days and tropical evenings indicative of the beachside lifestyle. Settle into your favourite sunlounge by the pool with a book or drift down to the perfect spot under a palm tree on one of the sandy beaches. Discover the colonial influence in the lane ways of Panaji's old Portuguese quarter. Fossick for the perfect souveneir at Anjuna's atmospheric Wednesday flea market. Sample some the locally brewed 'feni' and dine on fresh seafood at a beach shack. There is plenty of time to do as much or as little as you wish.

Day 1 – 3: Arrive in Goa
Met on arrival at Goa’s airport ‘Dabolim’, and transfer to your hotel, where you are booked for three nights. Over the next few days you have plenty of time to do as much or as little as you wish. Overnights in hotel of your choice.

Day 4: Depart Goa
As all good things must come to an end, today is time to farewell Goa. You don’t have to check out of your room until 12 noon, so make the most of your morning by the pool or however you choose at this tropical paradise. You will be transferred to the airport for your departure flight.

Bombay, also known as Mumbai, is the most modern city in India and it captures the spirit of the changing pace set by liberalization and modernization. Once a cluster of seven islands, Mumbai was presented to King Charles II in 1661 as part of the dowry when he married Princess Catherine de Braganza of Portugal. Over the years, as colonialism gave way to independence, Mumbai has transformed itself into an entity with thriving markets, business houses and many different communities reflecting a cosmopolitan and trendy atmosphere rarely seen elsewhere in India. On the surface, it represents the ever-changing face of today?s India ? the old coupled with the dynamic new, and yet at its very core, the heart of the city is steeped in Indian customs and values.

Day1: Arrive in Bombay (Mumbai).
On arrival at the airport you are met by our representative and transferred to your hotel by private A/c car. Balance of the day is free to rest or pursue your own interests. Overnight in hotel.

Day 2: Mumbai (B)
Morning excursion to Elephanta caves by boat. Afternoon visit Kamla Nehru Park, Prince of Wales Museum, Mani Bhawan, Dhobi Ghat, Gateway of India, and the Hanging Gardens which are situated on the slopes of Malabar Hill offering a panoramic view of Marine Drive and Chowpatty Beach. Overnight at hotel. (Elephanta is closed on Monday)

Day 3: Mumbai Departure (B)
Today is free to further explore this endlessly colorful city before transferring to the airport in time for your onward flight. Check-out time is noon.

Wildlife Safari in Corbett National Park.This is a wonderful opportunity to see India's wildlife up close and personal. From chaotic Delhi, transfer by private air-conditioned car to peaceful Corbett, India's first National Park. Backing onto the slopes of the Himalayan foothills, the park is home to a variety of wildlife, including the elusive tiger.

Days 2 & 3: Corbett National Park (B/L/D)
The park lies in the valley of the Ramganga River, at the Himalayan foothills and is spread over 324 sq.kms. Corbett is home to a rich variety of flora and wildlife. There are over 50 species of mammals alone, including tiger, leopard, elephant, hyenas and deer. Most notable are the majestic tigers of Corbett, which are a challenge to track down. Corbett is a bird-watcher's paradise with over 600 species, and since the creation of the Kalagarh Dam on the Ramganga River, large numbers of waterfowl have been attracted here.

Day 4: Return to Delhi
Rise early this morning to participate in a jungle safari, your final opportunity to visit the National Park. On your return you will check out of the hotel and drive back to Delhi. You can be transferred directly to Delhi airport or dropped off at a Delhi hotel of your choice. Please note that your domestic flight should be no earlier then 8.30pm or an international flight no earlier than 11pm to allow enough time for check-in.

All National Parks are closed from July till end of Sept but certain parts of Corbett remains throughout the year.

Starting from USD$ 300 is an estimate cost as it largely depends on number of participant, travel date, uses of hotel and other logistic. Please contact us for details. 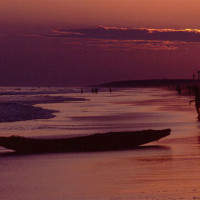 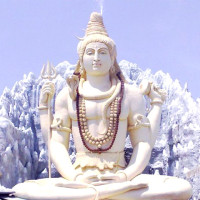 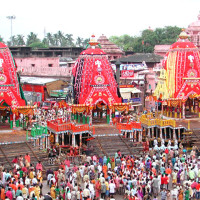 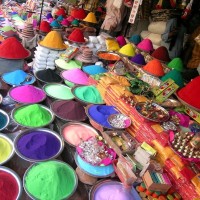 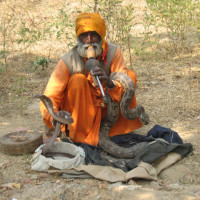 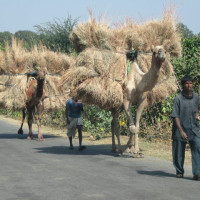 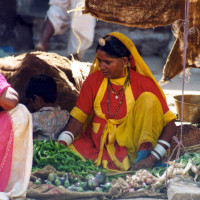 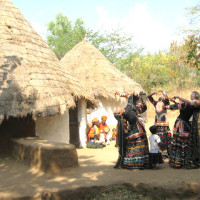 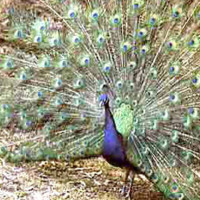 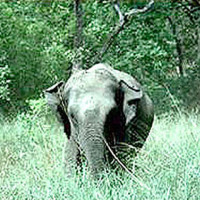 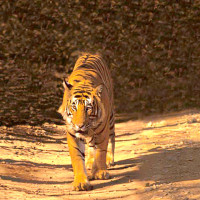 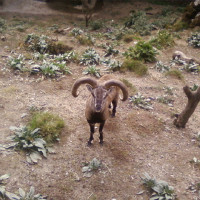