Expected Climate
Warm to temperate and cold in winter, some drizzle possible during rainy season

Around 72% of land is covered with vegetation forming diverse ecosystem enclosing varied strata of climate and geographical zone mainly determined by altitude and topography. These  areas or the zones are the home to various birds. As many as 770 species of birds are recorded and many more are yet to be discovered. Major of it forms the residential birds and 50 are recorded as migratory.

Within the span of distance, places in western Bhutan incorporate varied zone - temperate to sub tropical. And birds indigenous to these zones are more likely to be sighted. Following this itinerary, we will take you to the established birding zone as well as some off the beaten route to get up, close and personal with the elusive birds.

Starting from the Thimphu, 45 minutes drive from town takes to the birding area in Dodena (2575m) Birding amidst the oak and pine forest – mainly Laughing thrush, Fire Capped Tits, etc. In the area around Docula Pass (3130 m), ideally during spring, Fir, Rhododendron oaks, bamboo forest and wild flowers prime up –the most likely birds to be seen are  Satyr Trogopan, Monal pheasant etc. In Punakha warm broad leave forest and along the Mo Chhu River are the habitat for endangered White Bellied Heron, Eurasian Widgeon etc. Phobjika valley is home to endangered and revered Black Neck crane, mainly from November till Mid March. In Paro, the areas along the rivers are the best birding zone. And also whilst hiking to Taktsang Monastery -predominantly brown dipper, spotted laughing thrush etc. Along the way, we will also make regular stops and explore the agricultural areas and some smaller forests.

Besides birding, we will also visit some of the major cultural attractions of respective places. Whilst birding, it also throw open opportunities to visit farmhouses, villages and interaction with local people.

Upon arrival in Paro , meet Wind Horse representative and transfer to hotel, depending on your arrival time , we can see Rinpung Dzong, National Museum and immediately  explore Paro river banks  and also visit locale homes and agricultural channel for birding. The birds you may see are fire capped Tits, Spotted Laughingthrush, Brown Dipper etc. Overnight in Paro

Day 2: Drive from Paro to Punakha
Interesting we will be exploring 3 different birdings zones today - temperate, alpine and subtropical, it takes 3 hours drive   in actual, but we will stop to scan temperate river channel, take a hike in Docula Pass (alpine) and forest edges in subtropical Punkha. Leaving Paro, we will gradually ascend to Docula Pass ( 3150 m ) , it offers spectacular view of far off mountain peaks on clear day and 108 chortens.For the endemic avian, we venture off the road into the scenic Lunteygang trail. It encloses forest of fir, birch and rhododendron, where varied birds species thrives. The most prized sighting would be Ward’s Trogon. The other birds that you may see are Himalayan Monal, satyr Tragopan, Kalij, Spotted Nutcracker, Large Hawk Cuckoo, Darjeeling Woodpecker, Yellow billed Magpie, Chest Tailed Minla, Collard Blackbird, Ultramarine Flycatcher, Brown Bullfinch, etc. In the afternoon, we descend into bird rich subtropical valley of Punakha. Along the way or before reaching Punakha, we will make brief stop to explore edge of forest and the agricultural land in nearby village. Sub tropical species most likely to be seen are Red-headed Trogon; Wedge-tailed Pigeon Fire-capped Tit breeds White-gorgeted Flycatcher, the rare Yellow-vented Warbler. Magpie Robin, Green Magpie, Osprey. Upon arrival , visit Chhimi Lhakhang.  Overnight in Punakha

Day 3: In Punakha (Tashitang)
Punakha has warmer climate – typical sub tropical one. That denotes conducive climate for certain species of avian.  Following an old trail along the bank of river Mo Chhu, we will explore minutely its bank and surrounding vegetation. This area is renowned for spotting critically endangered white- bellied Heron. Further, this route will take us past impressive Punakha Dzong, which we will visit in later part of afternoon. Ahead upstream, we will sidetrack into the cultivation patch of the scattered houses and into the broad leaves forest in upper Punakha area. Thereby possibilities are immense to spot along the bank and in village area the birds like Bay Woodpecker, Red-headed Trogon, Wedge-tailed Pigeon Fire-capped Tit breeds White-gorgeted Flycatcher, the rare Yellow-vented Warbler. Magpie Robin, Green Magpie, Osprey, River Lapwing, Ruddy Shelduck, Eurasian Wigeon. We’ll also search for a variety of skulkers, including Spotted Elachura and Pygmy Wren-babbler, and two of Bhutan’s three species of Tesia. Overnight Hotel in Punakha

Day 4: Drive to Phobjika
Leaving Punakha, past Wangdi Dzong, along the way there are many birding spots so we will make series of brief stops. Explore the edge of river channel, where there are instances of sighting of Pallas’s fishing eagle. As well as scan the edge of forests and cultivation land. Flycatcher, wedge Tailed green Pigeon are common. Further we will make stop before reaching Phobjika in a large swathe of productive forests, which is home to many avian fauna. You may find scarlet Finch, Black Drongo, Chestnut bellied Nuthatch, Slaty backed Forktail, Gorgeted Flycatcher, White throated Laughing thrust, Eurasian Jay, Wedge Tailed Green Pigeon, Mountain Imperial Pigeon, Verditer Flycatcher, etc. We can drive further to Pelala Pass , one more opportunity to see extoic alpine birds such as Satyr Tragopan, Himalayan Monal, Kalig, Ward Togopan etc. Later visit Gangtey monastery and nature walk .  Overnight in Phobjika

Day 5. In Phobjikha
Phobjika valley is vast stretch of glacial marshy meadows attracting lot of birds. We will do birding whilst having walk in quaint & beautiful valley. Also visit some local homes and villages, interact with them and find out more about bird locally and its relevance in social and religious context. You may see Chestnut bellied Nuthatch, Slaty backed Forktail, Gorgeted Flycatcher, White throated Laughing thrust, Eurasian Jay, Wedge Tailed Green Pigeon, Mountain Imperial Pigeon, Overnight in Phobjika

Day 6: Drive to Thimphu
Today is the longest drive in this entire itinerary - 5 hours approx , however we will make regular stops along the ways. There will one more opportunity to discover satyr tragopan, Himalayan monal, Kalig , Blood Pheasant etc in Docula Pass. Upon arrival in Thimphu, visit Giant Buddha Statue, Centennial farmer's market and others as per your interest. Overnight in Thimphu

Day 7: Thimphu to Paro
Thimphu being capital there are lot of interesting sights such as Painting School, Textile Museum, Indigenous hospital etc, or we may do further birding in forest reserve of upper Motithang and northern edge of valley in Jigme Dorji National Park in Begana & Dodema. You may decide this when you are here. The birds you may see are Ibis bill, Common sandpiper, Crested-pie kingfisher, Redrumped swallow,  Long-tailed minivet, Grey wagtail, Yellow-billed blue Magpie, Spotted nutcracker, White-bellied yuhina, Red-billed chough, Black-browed tit, Upland pipit etc. Later, drive to paro - 1 hour, upon arrival visit Kichu Lhakhang and along the way  to visit ruined Drukyul Dzong , there will be opportunity to see some birds. Overnight in Paro

Day 8. Taktsang Hike
If early, it offer opportunity to see some birds. It gets crowded as day wear so triggers flight reactions of birds. Transfer to trail head, the first viewpoint is 1 hrs plus and further 1 hour to Taktsang monastery . If you wish to avoid this hike, optionally you can do some birding in Paro Valley. Evening stroll in charming Paro valley. Farewell dinner. Overnight in Paro

Day 9. Departure
Transfer to Airport in time for your departure.

Starting from USD$ 1900, it depends on number of participant and travel date.
Please contact us for details.

1.Flights into and out of Bhutan
2.Optional Travel/Medical Insurance
3. Personal expenses such as bars, beverages in the hotel, telephone, laundry, trips, and others. 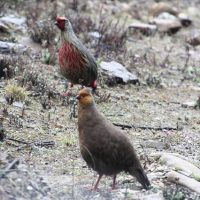 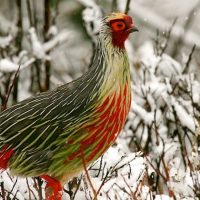 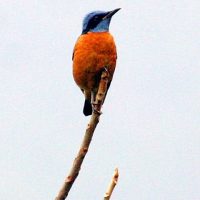 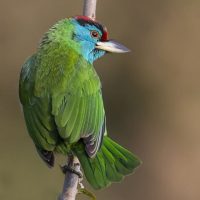 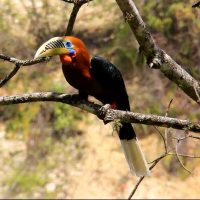 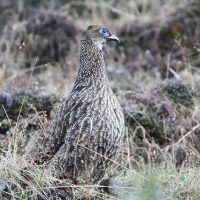 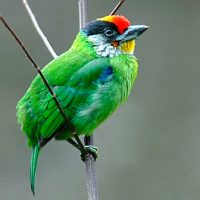 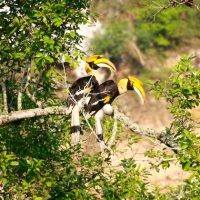 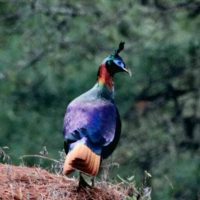 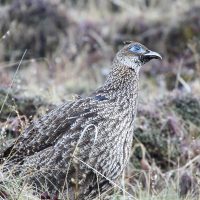 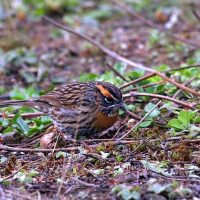 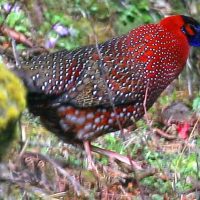 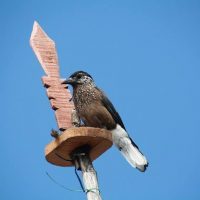 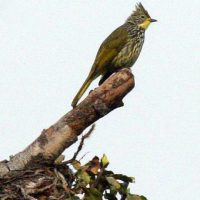