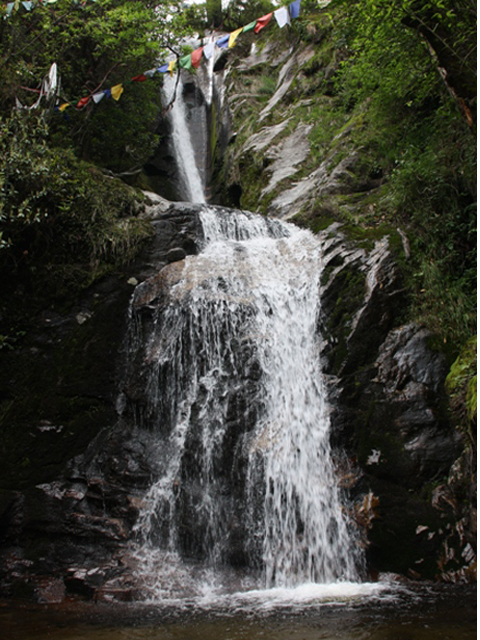 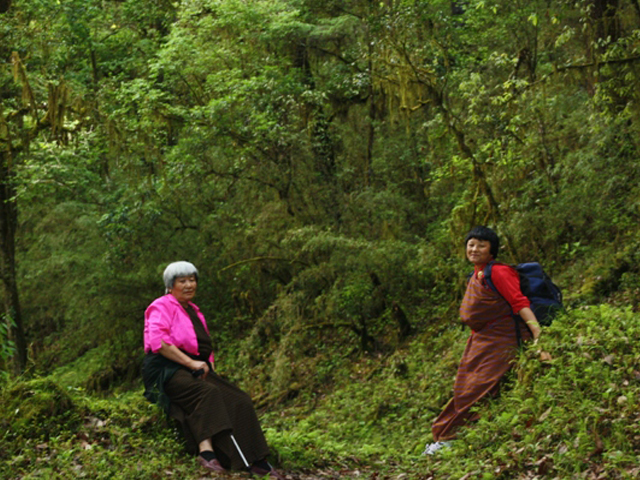 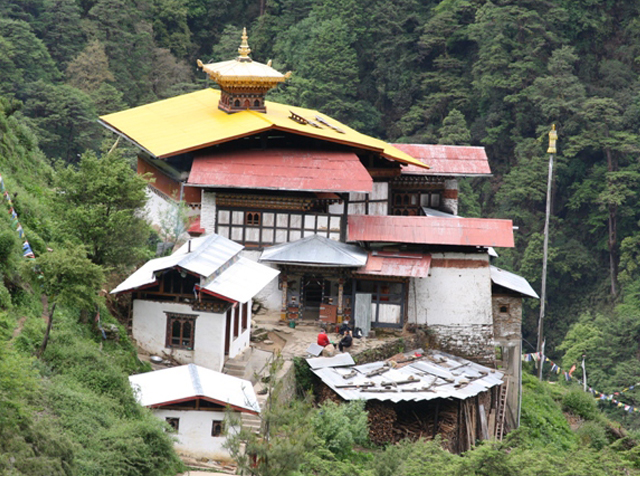 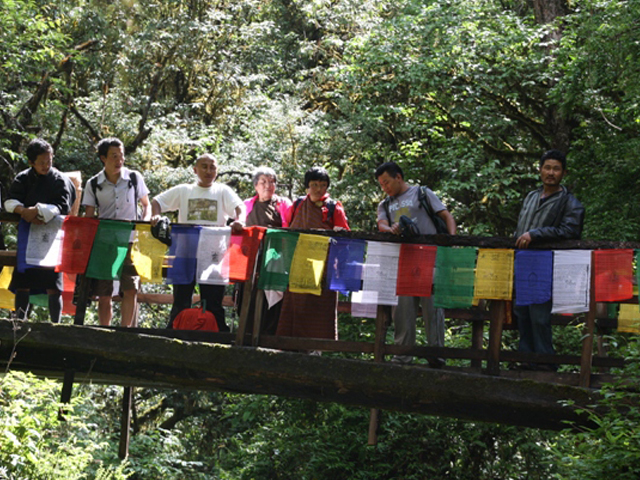 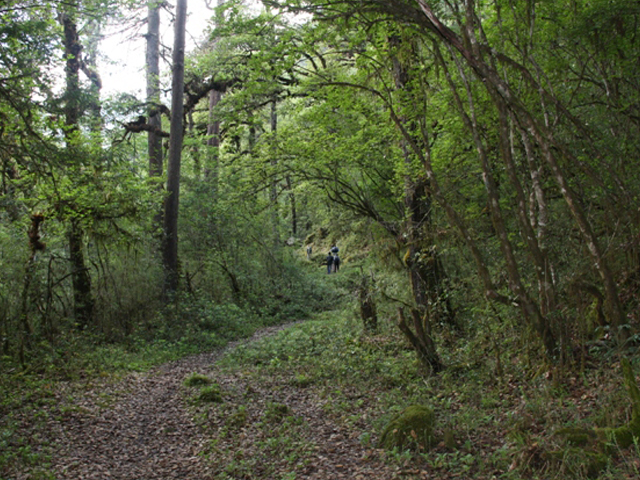 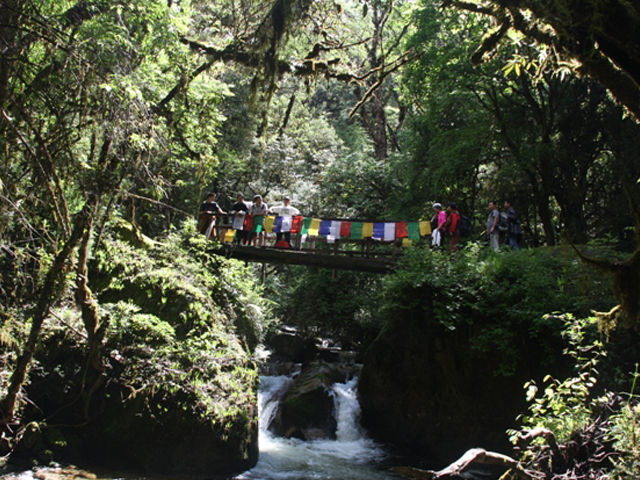 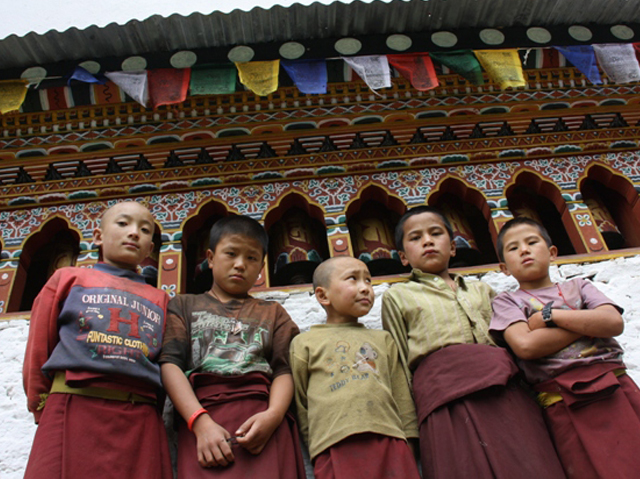 Chumophug or Chumphug is situated at about 3100m above sea level on a steep mountain slope. It is one of the most sacred pilgrimage places in the Himalayas. With its towering cliffs and waterfalls, it revered as a Second Pemako, in reference to Padmasambhava’s "Hidden Land", situated along Tsangpo gorge in remote part of Aurunachal Pradesh.
Guru Padmasabhava is said to have mediated in Chumophug for about 3 months in 8th century. There are numerous caves associated with Guru. Many important Buddhist masters is said to have followed the footsteps of Guru and mediated here. Among other, many Bhutanese teachers such as Terton Drukdra Dorji, Jey Shakya Rinchen, Jey Yonten Thaye, Jey Kuenga Gyeltsen is said to have spent time here. The main relic in the temple is self arisen image of Vajravarahi or Dorji Phagmo, a form of Varja Yogini, the highest female tutelary deity in Himalayan Buddhism. There are lots of unusual shaped rocks and imprint of Guru Rimpoche in the area. 12 young monks headed by one teacher and Lama is in residence here.
From Paro town, it is about 45minutes drive on the farm road, on side valley, following Dochu river, which flows into Pachu. From the road head, it is about 3 hrs trek through dense oak, conifer and bamboo forests. First two hours hike is a gentle gradual ascend, crossing rivers few times well maintained small wooden bridges. The final 45 minutes trek is a steep ascend to reach the main temple. Along the way, one can make de-tour, visiting caves and waterfalls.
There are no camping sites near the temple as it is too steep. The only possibility to camp is in the valley at the base which is about 45 minutes before the temple. Pilgrims may request the caretaker lama to stay in one of the retreat house near a temple.