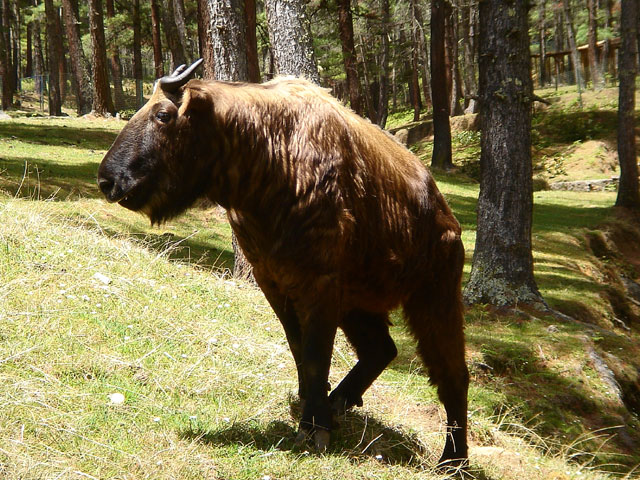 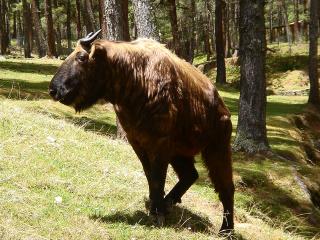 Takin(Budorcas taxicolor)is the national animal of Bhutan. It looks weird in the sense that it appears like a mix of cow from the back and goat from front. It still baffles the taxonomist. Legend goes that Saint Drukpa Kinley created this animal in front of large congregation of devotee. Takin Sanctuary is located short distance off the road to the telecom tower that was originally established as a mini-zoo. Initially, it was kept in captivity, but the King disbanded and released in wild, as it was not in congruent with Bhutan’s environment and religious conviction. However the freed animal was found throwing tantrum in town. And the only solution was to put them back into captivity.