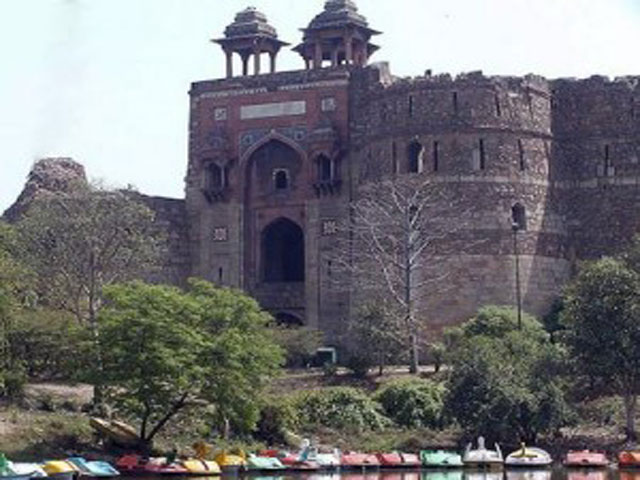 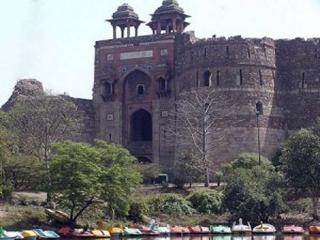 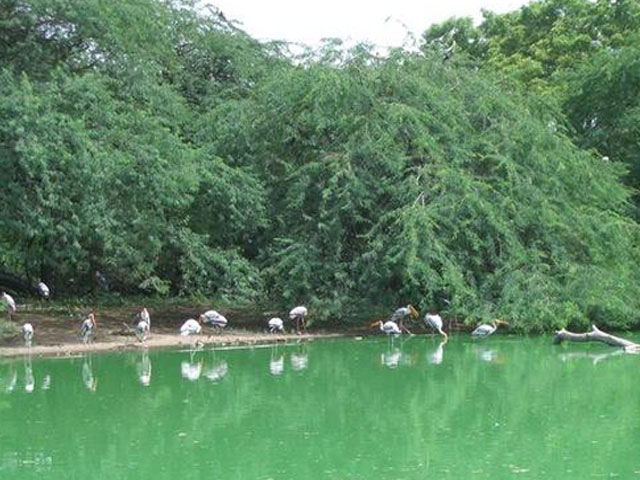 The fort is said to be constructed on the historic site of Indraprastha (900 BC) by Humayun and Sher Shah. Covering a circuit of about a mile, the walls of the fort have three gates and are surrounded by a moat fed by the river Yamuna.

The wall was built by Humayun while the buildings in the fort are attributed to Sher Shar. The notable buildings that have survived in the fort are the Sher Mandal and the Quila-I-kholina Mosque. Before the Red Fort was built by the Mughals, the Purana Qila also called the Old Fort, used to protect Delhi from invaders. In the 16th century, Sher Shah Suri defeated the invincible Mughals, captured Delhi and Agra, and constructed the Old Fort, to protect Delhi from possible invasions. When Sher Shah died in 1545. Recent excavations revealed that the fabled city of Indraprasta, mentioned in the epic Mahabharata was located on the same site where the Old Fort stands.  In the fort, there is an octagonal tower made out of red sandstone called the Sher Mandal that was turned into a library by emperor Humayun. There is also the Qilah-i-Kuhran which is a mosque built by Sher Shah Suri. Upon entering the fort one can see a rather modest but interesting archeological museum. The fort also houses a zoological park.