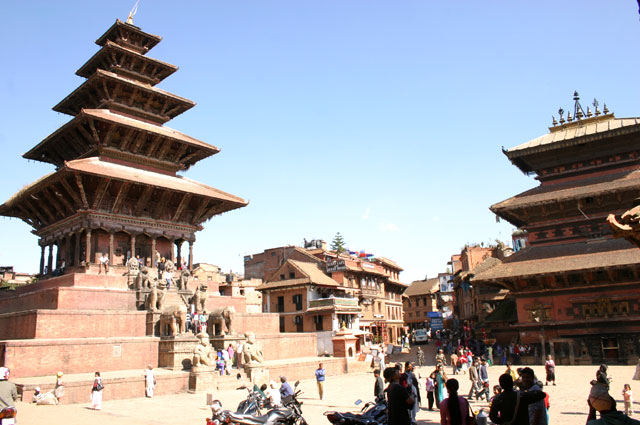 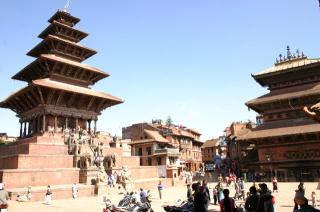 Bhaktapur is the third largest city in the Kathmandu valley. Bhaktapur was the capital of Nepal from 12th to the 15th century. After the demise of King Yakshya Malla, his successors couldn't hold the integrity of the country and three independent principalities, Kathmandu, Bhaktapur and Patan came into existence.

Bhaktapur is the best preserved city among the three major cities in Kathmandu valley. Bhaktapur still retains some of its ancient way of life. The remarkable architecture, the exquisite woodcarvings and metal craft that can be seen around the city takes one back to the time of the Malla rulers who patronized art like no other dynasty. The Pottery Square, the Palace Durbar Square which dates back to the 12th century, where devotees still celebrate their centuries old festivals and the temple squares that still remain vibrant, are Bhaktapur’s major attractions.

Once known as Bhadgaon (Nepali) and Khwopa (Newari) the city has maintained its festivals in their original elaborate forms, many of which last over a week. One of the most popular festivals of Bhaktapur is the Bisket Jatra which attracts a large number of locals as well as tourists around the Nepali New Year. Bhaktapur is also famous for Juju Dhau(homemade yogurt) and Bhadgaule Topi (cap). The palace, temples and monastic complexes of Bhaktapur have marvelous wood, metal and stone works with intricate themes.

Attractions in Bhaktapur, around and from Bhaktapur