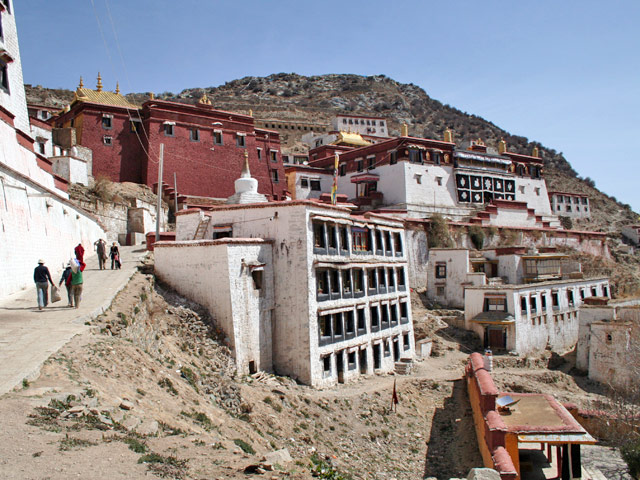 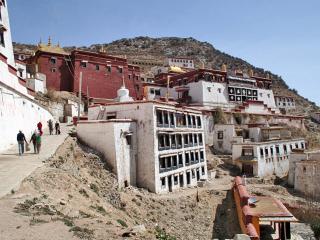 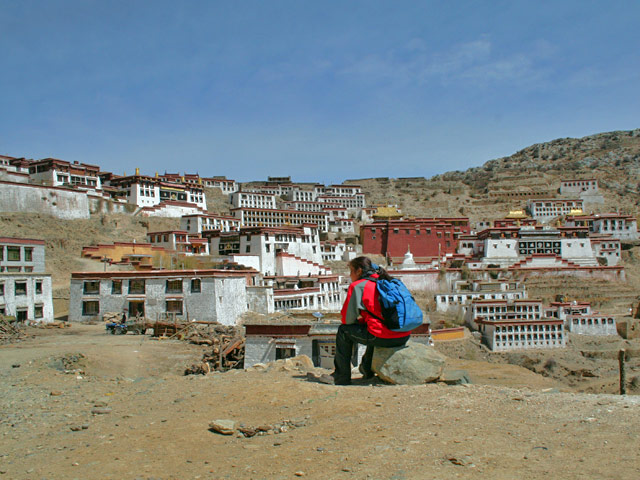 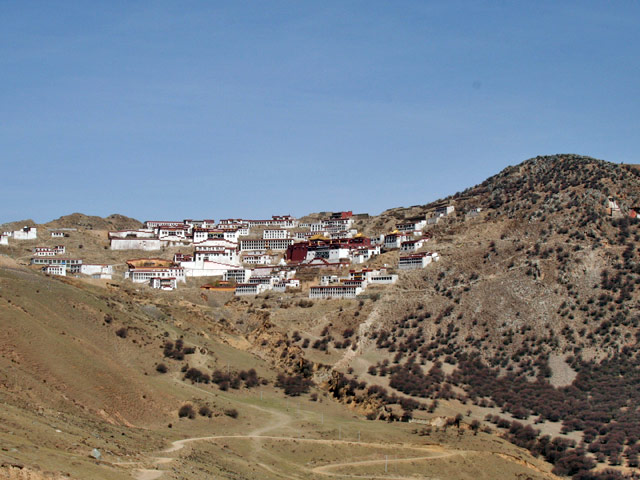 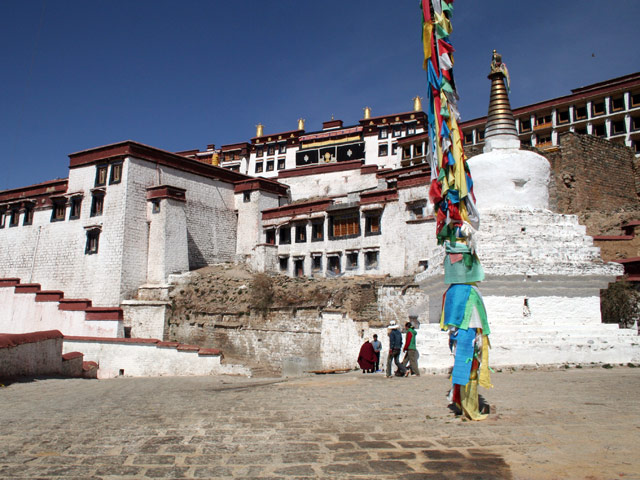 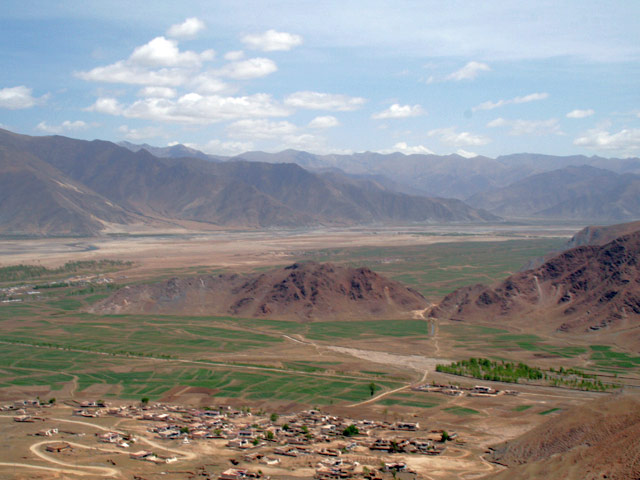 Ganden Monastery, one of the three biggest Gelugpa Sect monasteries is situated at a distance of about 47 km from Lhasa on a mountain called Wangbur at an altitude of about 3,800 m. In 1409, Tsong Khapa, the founder of the Gelugpa sect started the construction of the Ganden monastery. He became its head and came to be known as the Ganden Tripa. Ganden Monastery consisted of two colleges, Jangtse and Shartse, which means the North Peak and the East Peak respectively. The other important portions of the monastery are the Tsokchen Assembly Hall and the Ngam Cho Khang, the chapel where Tsong Khapa taught his students. The monastery has artifacts which belonged to Tsong Khapa. The main building of the Ganden monastery is the Coqen Hall which is a large assembly hall. There are statues of Tsong Khapa and Maitreya here. The other building within the complex is the Thok Khang which was the residence of Tsong Khapa and other Ganden Tripas. After Tsong Khapa died in 1419, a tomb was built by a disciple and since then tombs of other Ganden Tripas were simultaneously built. The tomb of Tsong Khapa is called Serdhung. The Cultural Revolution in 1959 completely destroyed Ganden but has been on the process of restoration since 1980. However, many cultural relics are still intact within the monastery.

Ganden monastery is the first and the greatest of the six Gelug Sect’s monasteries, which is called one of “the three principal monasteries” (the other two are Dreprung Monastery and Sera Monastery). At its peak, it had a registration of more than 4,000 monks. The monastery was established by Tsongkhapa the founder of Gelug Sect, in 15th century. It takes about 2 hours to reach the monastery by car.