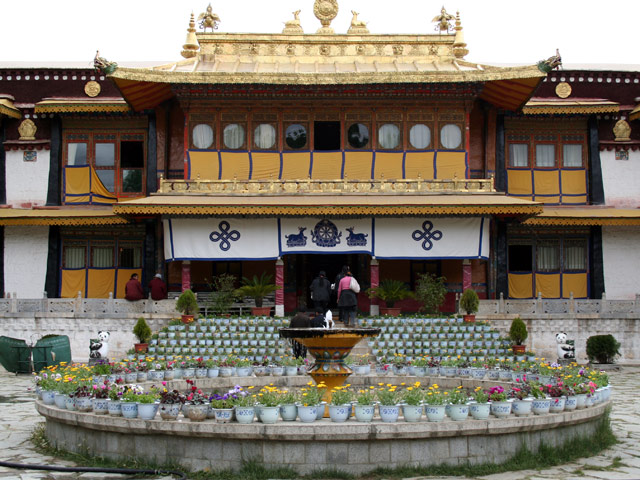 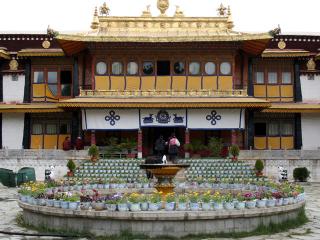 In 1755, the seventh Dalai Lama built a park and a modest palace as his summer residence. Later on other structures were added but the most important contribution was made by the present and the 14th Dalai Lama, who added chapels, gardens, fountains and pools to the east of what the Seventh Dalai Lama has built. This collection of palaces also known as the Norbulingka palaces are located three kilometers west of the Potala Palace which was the winter palace. Norbulingka when translated literally means the Jeweled Park. Among others, the most visited one is the palace of the 14th Dalai Lama which was built in a fusion style of both Tibetan and Western from 1954-1956. The living quarters have a modern touch and included a lot of furniture and a european style bathroom. There is also a zoo at Norbulingka, which was built to keep the animals which were given to the Dalai Lama. The Austrian Mountaineer Heinrich Harrer helped the 14th Dalai Lama build a small movie theatre here in the 1950s. In 2001, UNESCO inscribed Norbulingka on its World Heritage List as part of the "Historic Ensemble of the Potala Palace". The Norbulingka garden opens for general public everyday at 9 in the morning till 12 noon. It again reopens at 3.pm and closes just an hour after at 4 in the evening.

Norbulingka Palaces, served as the traditional summer residence of the successive Dalai Lamas starting from the seventh, who founded it in 1755. Eight Dalai Lama expanded the gardens and digging a lake. 13th Dalai Lama added three more palaces and the current Dalai Lama built the new Summer Palace in 1956. There is also a zoo inside the palace compound.