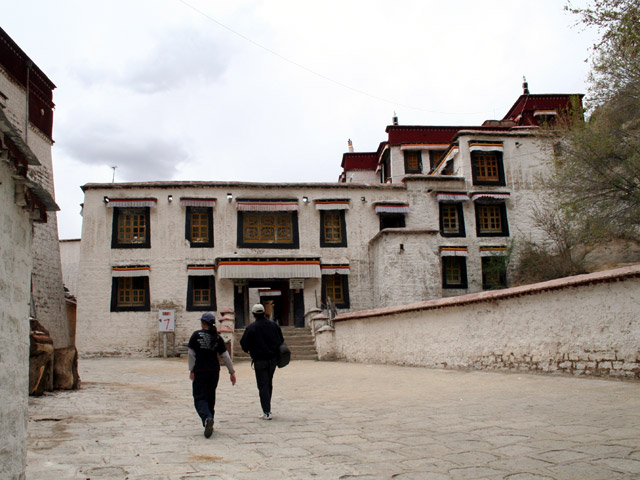 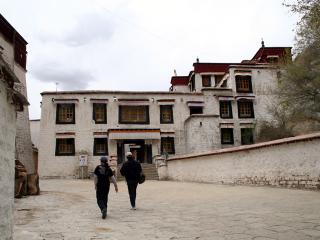 In 1419 Jamchen Chojey also popularly known as Sakya Yeshe, one of the two principal disciple of Tsongkhapa, founded of a Gelukpa University, which later came to known as the Sera Monastery, and became one of the Great Three Gelukpa Monasteries of Tibet. The Sera university monastery had three basic schools. The first is the Sera Mey Dratsang which was built in 1419 for the purpose of providing basic information on the doctrines of Buddhism and for the orientation of the monks. The second was the Sera Jey Dratsang, built in 1435, which was the largest, and was reserved for itinerant monks. The third one known as Ngagpa Dratsang which was built in 1559 was a school for the teaching of the Gelukpa dogmas. Scriptures written in gold powder, fine statues, scent cloth and unparalleled murals can be found in these halls. Colorful debates on Buddhist doctrines are held here and these employ a style distinctive from those at Lhasa's other famous monasteries.