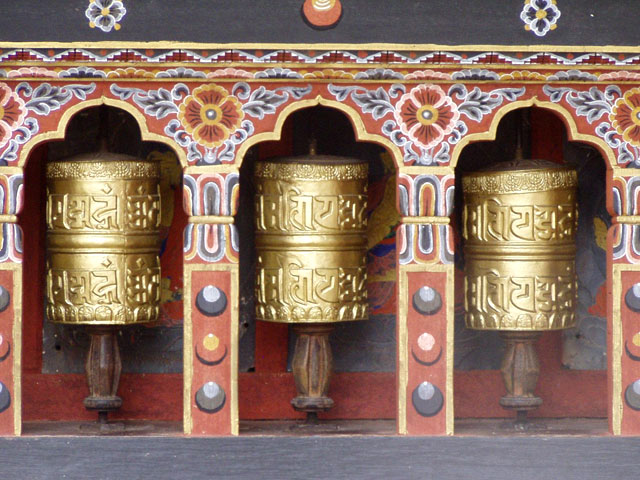 At the end of the Gaden Lam is the Dechen Phodrang, the site of Thimphu's original Trashi Chhoe Dzong. Since 1971 it has housed the state monastic school, and a long procession of monks often travels between here and the dzong. A team of 15 teachers provides an eight-year course to more than 450 students. The 12th-century paintings in the goemba's Guru Lhakhang are being restored by a United Nations Educational, Scientific, Cultural Organization (UNESCO) project. The upper floor features a large figure of Shabdrung Ngawang Namgyal as well as the goenkhang (chapel devoted to protective and terrifying deities). The central figure in the downstairs chapel is the Buddha Sakyamuni.