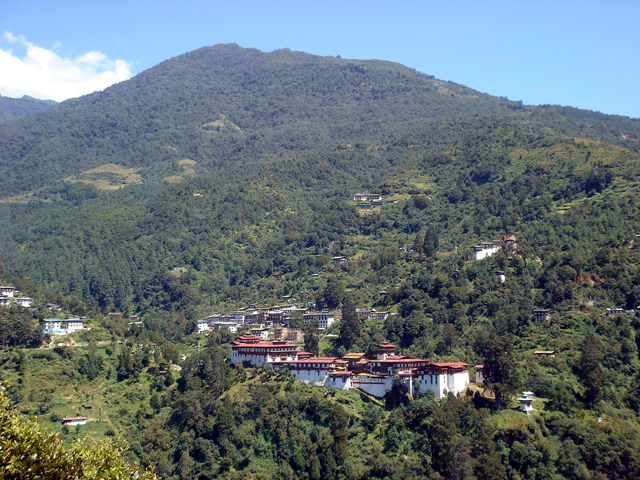 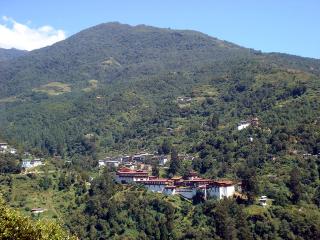 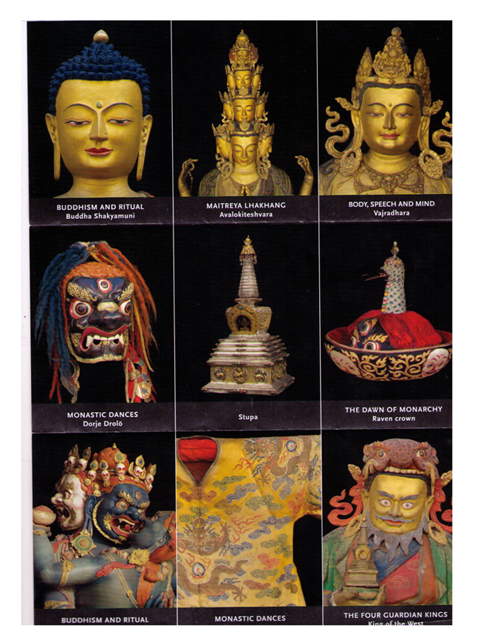 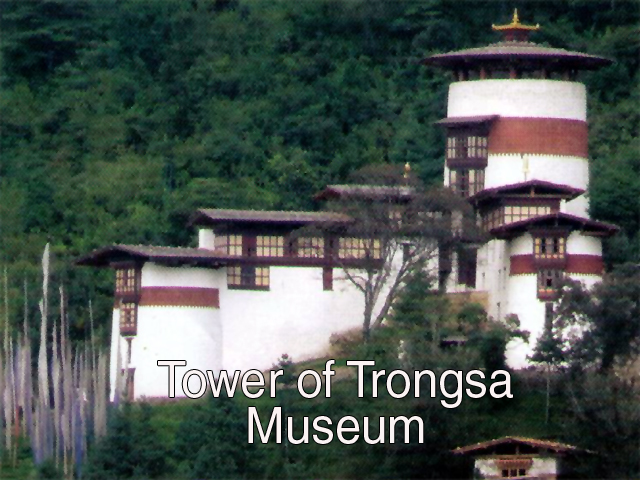 The Tower of Trongsa.

Taa Dzong, once a watch tower was built by Chogyal Minjur Tenpa, the first Trongsa Penlop in 1652. It houses two temples, one dedicated to legendary Gesar of Ling and the other one is the shrine of Maitreya Buddha. Today Taa Dzong is both a place of worship and a museum representing its rich historical and religious significance. Out of the eleven galleries, one is dedicated to the history of the kings of the Wangchuk dynasty who have ruled the kingdom since 1907. It showcases important royal possessions including clothing, ritual and day to day objects to illustrate the lives of the royal family that has so uniquely shaped Bhutan.