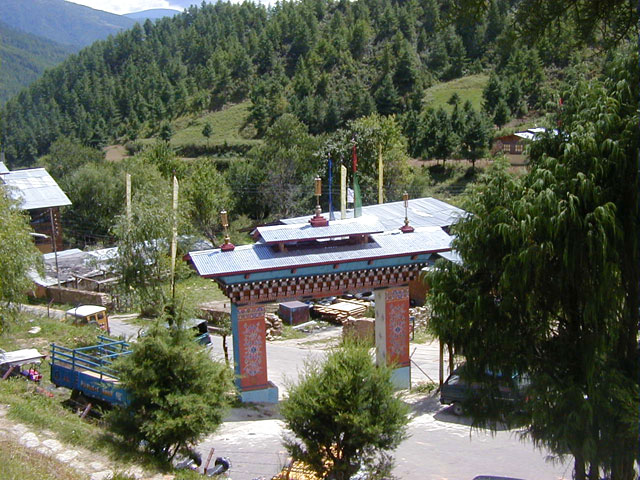 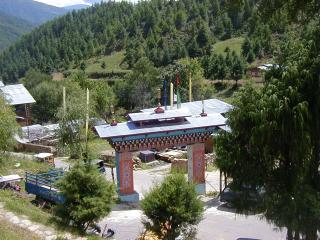 Institute of Traditional Medicine Services, located near National Library supplies traditional medicines and medical services, trains doctors, and conducts research on traditional medicinal plants to identify the ingredients and develop new products. The Institute has a library dating back to around 1616, when Tibetan Buddhism was introduced to Bhutan. The books and recipes were collected from monasteries where scholars had preserved the medical lore. In 1967 the king directed the Health Department of Bhutan to establish a traditional medicine system for the welfare of Bhutanese people and to preserve the Bhutanese traditional culture. An Indigenous Dispensary was opened in 1968, staffed by doctors trained in Tibet. In 1988 it was upgraded to the Institute of Traditional Medicine Services. In parallel, smaller traditional medical centers have been opened across the country, and were available in all districts of Bhutan by the end of 2001. These centers are integrated into the National Health Service, and are attached to the district hospitals. The institute dispenses traditional medicines produced in its laboratories from minerals, animal parts, precious metals, gems and plants. Generally the patient should abstain from meat and alcohol during the medical course. Over 40,000 patients are treated annually by the institute's hospital in Thimphu and around 100,000 nationwide.

Established in 1988, one of the more interesting facilities in Thimphu is the National Institute of Traditional Medicine. There is an impressive, large laboratory and production facility that ensures the quality of the products, the components of which may include plants, minerals, animal parts, precious metals and gems.

The production of medicines is directed entirely towards the needs of Bhutanese, though there is a plan to eventually export traditional medicines. There is a day-care facility and clinic where doctors diagnose patients and prescribe appropriate traditional medicines or treatments. Tour operators can arrange visits to the institute. There is a small museum and gift shop where you can purchase Tsheringma, a safflower-based herbal tea that is produced here.

The institute also researches the use of medicinal herbs and plants and has a trial that collect medicinal plants from faraway places such as Lingzhi in western Bhutan, where a number of important medicinal species grow in abundance.