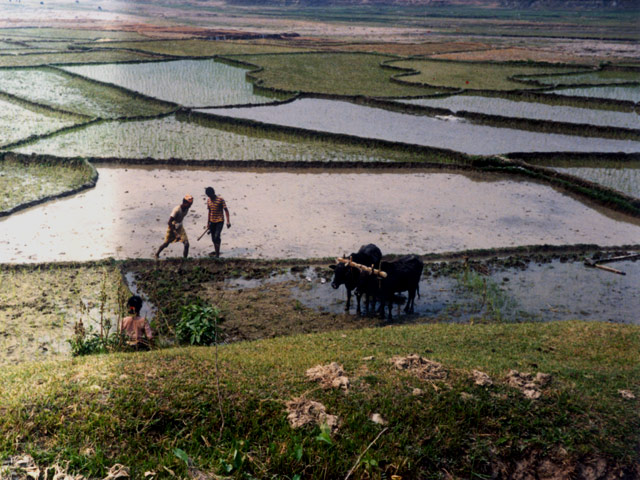 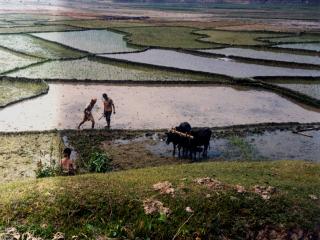 Ancient villages of Bungmati and Khokana

Bungmati is a classic medieval village that lies about 7kms south of Patan. Bungmati is home to one of the most important Gods of the Kathmandu valley, the Rato Machhindranath, the God of rain and compassion. Worshipped equally by Hindus and Buddhists and accredited by locals with the introduction of paddy-rice plantations in the valley. This historic village with a population of about 6,000 is one of the more attractive spots in the valley due to its pleasant mountain setting and ancient temples. Most of the locals work as woodcarvers and there are numerous craft workshops and showrooms around the village. It is believed that Bungmati is the birth place of Rato Macchindranth, the patron of Patan who live in Rato Machhindranath temple in Patan for six months and the remaining six month in the Rato Machhindranath temple in Bungmati. Each year the town holds the Rato Machhendranath festival, which features a chariot procession between Patan and Bungmati.

Khokana is yet another charming ancient Newari village. The village begins with a narrow cobbled street and in the middle of the main street lies the temple of Shekali Mai a local mother Goddess. Khokana is famous for its mustard oil, they still make in a traditional way and the mustard oil is still very popular in Kathmandu valley. Most of the people are from ethnic Newari community with their typical Newari houses. The villagers hang red chilly and vegetable garland from top floor almost to the ground floor in most of the houses after the month of September. The villagers are involved mostly either in farming, or spinning wool yarn.