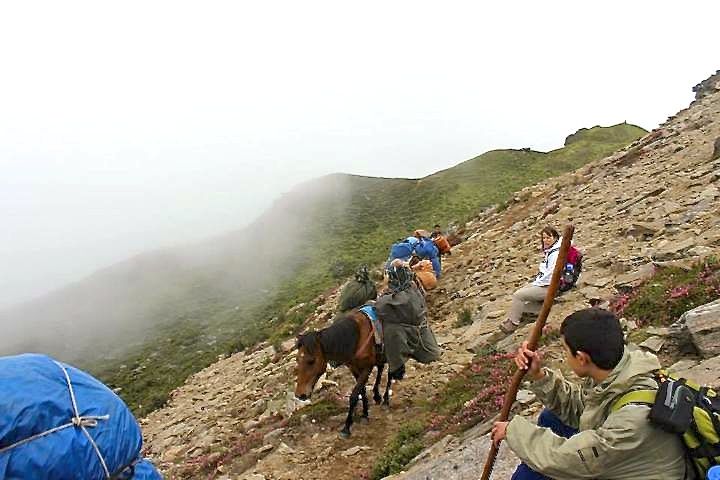 Unless specially arranged, treks in Bhutan  do not use porters. Unlike rest of Himalayas, porters are difficult to find in Bhutan. All your personal gears, plus tents, kitchen and food, is carried by pack horses and at higher elevations by yaks.

Wind Horse and other trekking companies in Bhutan arrange horses through horse contractor at the starting point of each trek. Horse owners’ accompany the trek to arrange the loads and also to make sure of his animals’ well being. Pack animals may have to be switched along the way because some of the longer trek crosses into different region, which requires the use of local contractor. At higher elevations, horses are replaced by yaks. Our trekking Operation sends messages ahead so that replacement animals are waiting at the boundary. Food, tents and camp gear are packed in rectangular, covered baskets called zhim, which are then lashed to a wooden pack saddle. Trekkers’ duffel bags are placed inside Wind Horse provided duffel/sack for extra protection and then tied onto the animals, while you set off on the trek. 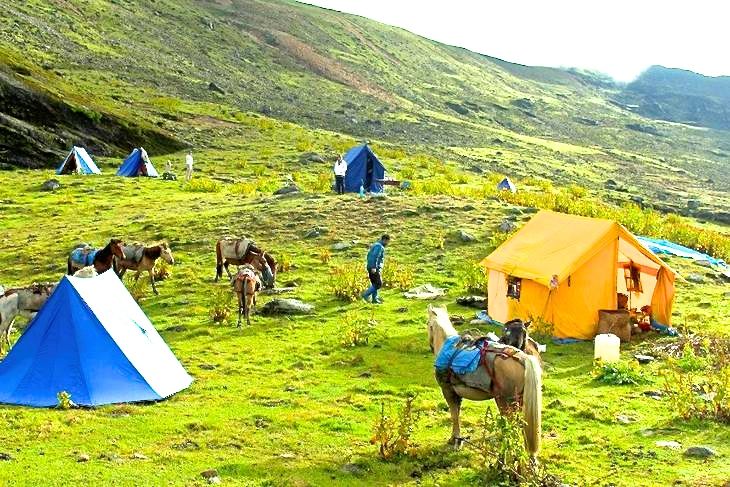 If the trek is longer one like Jhomolari Trek or Snowman, it entails using animals through various different local contractors. As the medieval system called Dolam is still in practise where the alpine pasture to gaze the animal are pre-allocated  to each Dzongkhag (District).

Horses, mules and ponies are used for lower altitude trek.Generally, any trek above 4000, yak are used for their adaption capacity are high as well as can carry heavier weight. Unlike the horses which can pass even if you are at  close distance, but for yak, they can be unpredictable and they are skittish by nature and won’t pass if you are close. With quite long and sharp horns, it makes them formidable and dangerous customer, Stand on uphill side and let them pass at fair distance, so that even if, with any erratic behaviours you are not pushed off.